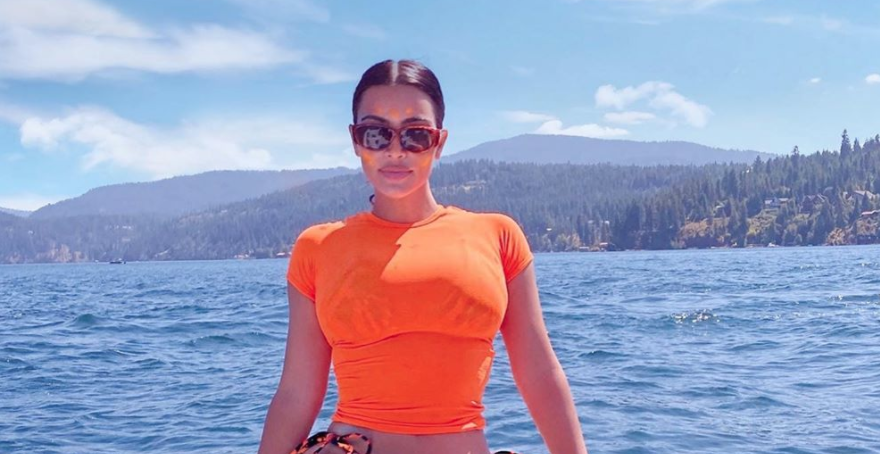 Since the Keeping up with the Kardashians ending has been announced, fans have been hoping for any bit of good news. This includes E! starting a spin-off. No matter which family member the show follows, a spin-off would be better than nothing. Now, Ryan Seacrest is talking about if that’s something they are considering.

Will ‘KUWTK’ live on?

This week on Instagram, Kim Kardashian revealed that KUWTK is coming to an end after being on TVs for 14 years. That’s a long time to follow one family around. Fans really did get to know the family and everything they were going through. Now, people are wondering if there will be a spin-off. According to People, Ryan Seacrest says that’s not something that has yet been considered.

“I don’t know the answer to that,” Ryan says. “We have not crossed that bridge yet. I do know that the family is so grateful for having the opportunity at E! and having people ride along with them through relationships, and pregnancies, and separations, and breakups.” He continues, “I mean it’s pretty cool to see that they have been so vulnerable and open and people have ridden along.”

Ryan is definitely right about it being cool, but not knowing if there will be a spin-off is a little bit sad.

To our amazing fans – It is with heavy hearts that we’ve made the difficult decision as a family to say goodbye to Keeping Up with the Kardashians. After what will be 14 years, 20 seasons, hundreds of episodes and numerous spin-off shows, we are beyond grateful to all of you who’ve watched us for all of these years – through the good times, the bad times, the happiness, the tears, and the many relationships and children. We’ll forever cherish the wonderful memories and countless people we’ve met along the way. Thank you to the thousands of individuals and businesses that have been a part of this experience and, most importantly, a very special thank you to Ryan Seacrest for believing in us, E! for being our partner, and our production team at Bunim/Murray, who’ve spent countless hours documenting our lives. Our last season will air early next year in 2021. Without Keeping Up with The Kardashians, I wouldn’t be where I am today. I am so incredibly grateful to everyone who has watched and supported me and my family these past 14 incredible years. This show made us who we are and I will be forever in debt to everyone who played a role in shaping our careers and changing our lives forever. With Love and Gratitude, Kim

It was a hard choice

Ryan goes on to reveal that this is not an easy decision. Apparenlty, he and the family went back and forth for a while wondering if it was really the end of the KUWTK reign.

“In talking to the family, this was a very, very hard decision for them to make. I know, even before and after the announcement came out, they were emotional,” he says. “We were trading texts and emails after the announcement, and you look back at 14 years and 20 seasons of a camera in your life and think about that, at some point you’re gonna say, ‘You know, we did it. We had a great run. We’re gonna live with a little more privacy in our lives.’ And I think they just felt like now is the time to do it.”

This is extremely sad for the KUWTK family members. It does make sense that they would be ready for some time off. After all, almost all of them have children now that they want to spend time with. Kendall Jenner, the only one who is not a mother, is busy being a model and is constantly traveling. There is no time for filming between everything they all have to do.

Do you want there to be a KUWTK spin-off? let us know what you think in the comments below. Come back to TV Shows Ace for more news on the Kardashian family.