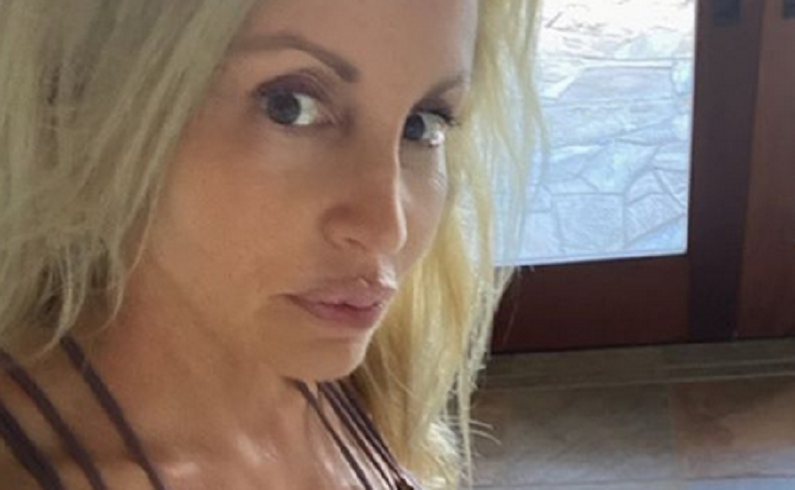 RHOBH alum Camille Grammer threw shade at Andy Cohen. She claimed that he has “favorites.” It doesn’t look like she’ll be returning to The Real Housewives of Beverly Hills anytime soon. She’s burning bridges with Bravo and spilling the tea.

The former Housewife took to Twitter to share her thoughts on part two of the three-part RHOBH Season 10 reunion that aired Wednesday night. Camille did not hold back on her thoughts about host Andy Cohen. She shared some interesting details with her fans. As TV Shows Ace previously reported, Camille has been sharing her thoughts on the reality show.

Not only did she watch, but she also appeared on this season. At the beginning of the season, Camille made amends with Kyle Richards. Then, Camille had a secret meeting with Denise Richards, who became the punching bag of the season.

On Wednesday, September 9, Camille Grammer took to Twitter to share her thoughts on the RHOBH Season 10 reunion. She revealed that Andy Cohen often plays “favorites” among the Housewives. A fan asked why the host doesn’t call Kyle out for anything that Brandi says. Kyle claimed that Brandi doesn’t lie, but as fans remember, she called her a liar in the past.

“Why does Andy not take on Kyle about her saying that Brandi never lies?” the fan asked.

“[Cause] Andy loves her,” a second RHOBH fan answered. Camille weighed in on the conversation and accused Andy of favoring the Housewives. It could be the reason why he didn’t question Kyle for saying that Brandi isn’t a liar.

“He has his favorites,” Camille claimed.

“Definitely which is fine but when u hosting a show U have to be fair and unbiased,” another fan asked the former reality star, noting, “and he’s not why isn’t he asking Kyle these questions?? We all know he would anyone else.”

“Correct!” Camille said. “He would. He pressed me last year and the first year. He tossed KR softballs and threw me grenades.”

That’s not all. Camille also addressed Brandi’s claims that they made out once during a wild night out. According to Brandi, they grinded as they danced and one thing led to another. But Camille denied those allegations.

“We never made out,” she simply said.

On Wednesday night, Brandi Glanville made an appearance on Watch What Happens Live with Andy Cohen. Camille Grammer responded to a snippet from Brandi’s interview, in which she claims she’s not lying about her alleged affair with Denise Richards. Brandi admitted she felt bad when she watched Denise on this season of the show.

“I’m not lying. My issue with Denise is my issue with Denise,” Brandi stated. “I think some of the other girls had their own issue but now they piled my issue onto theirs, which I was not a part of their issue. So now when I watch it, I kind of feel sorry for her because I really didn’t know that all of that was happening. However, she’s f***ing lying.”

Camille responded to the clip by adding, “This is trash!” She also shared her reaction to Denise’s departure from the series. A fan tweeted that the reason why Denise left the show was that she was “caught in so many lies” and felt “embarrassed.”

Camille responded, “She told the truth.”

Do you agree with her that Andy plays favorites? Sound off below in the comments section.