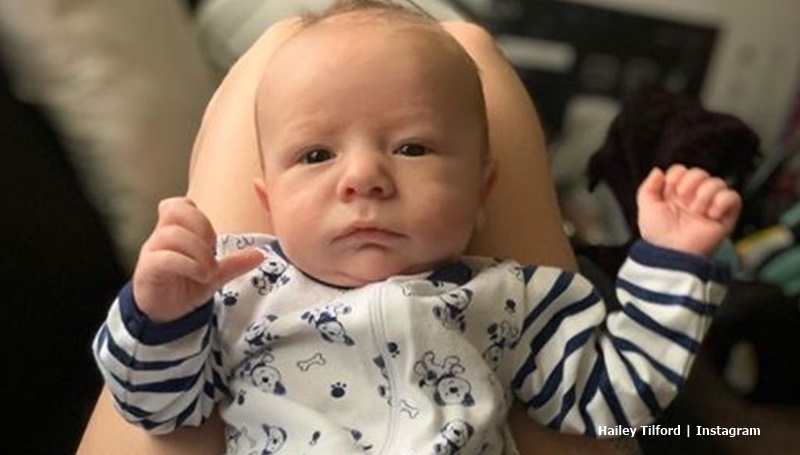 Unexpected fans see Hailey Tilford’s son growing into a sturdy little fellow. And, motherhood sits well with Hailey, who lives her best life without Matthew Blevins, her baby daddy. This weekend, Hailey shared some photos of herself at the park with Levi. One of those really amused fans, as Levi was a whole mood.

Unexpected: Levi and his mom Hailey Tilford enjoy time in the park

Hailey shared cure pictures and assured fans she “sanitized” before allowing her little boy onto the swings. She captioned her pictures with, “mommy & Levi’s day at the park 💛☀️ (I sanitized the swing before he got in it).” But, fans know somebody went with her, as someone else obviously took the photos.

Probably, her boyfriend Cole went along as well. We reported that things grow so serious between them, it looks like they plan on marrying. Unexpected fans might recall that Cole Smith first appeared on Hailey’s social media when her family held a baby shower for Baby Levi. Now that Matthew took off, he acts as a father to Levi.

Photo of Levi is a whole mood, fans agree

The Ashley’s Reality Roundup reported in April this year, about Levi’s birth. Matthew missed the birth and questioned his paternity. Nowadays, Hailey sometimes refers to Matt as “the sperm donor.” But, it looks like she and Cole manage to parent Levi without Matthew. And, it looks like they do a great job. Fans adore the little boy as he grows into a cute little man.

Of all the photos that Hailey shared of the park, one really stood out. Levi sat in a bucket swing wearing some sunglasses. One fan noted, ” Levi on that [swing] is a whole entire mood 😂😍.” Another Unexpected fan also noticed the photo. They commented, ” That last picture is such a MOOD 👏🏻😭.”

Other comments from Unexpected fans

Plenty of other fans commented on how cute Levi looks. Here’s a small selection of them:

Actually, Hailey didn’t always get so many kind comments from Unexpected fans. When news came at the Tell All of the TLC show that she expected a baby, Hailey got a lot of hate. But since then, fans learned that she took her motherhood seriously. They see a young girl mature into a loving mom, and she stays in touch with Matthew’s other ex, Hailey Tomlinson.

So, what did you think of this latest photo of Levi?