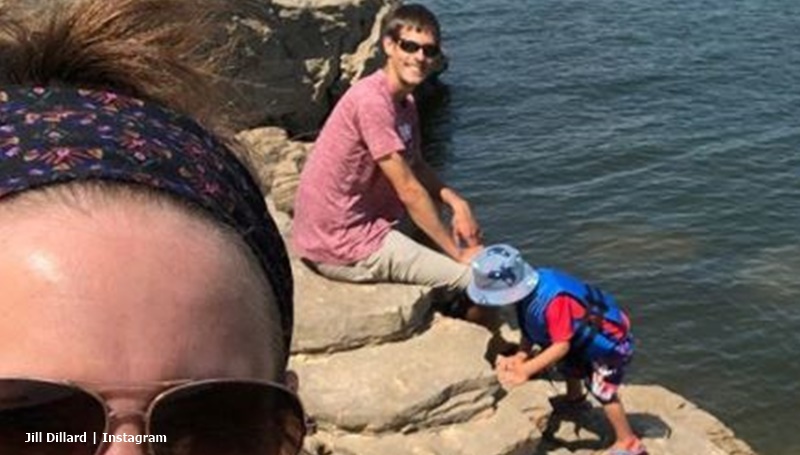 Derick and Jill Dillard spent the last week or so preparing Israel for real school. And, his little brother started Pre-K at home. Plus, Derick works really hard at his law studies. So, they enjoyed their break and spend Labor Day outdoors.

Derick and Jill Dillard share about going to the lake

Taking to her Instagram on Monday, Jill shared a bunch of photos and video clips of them all at the lake. The two boys both wore their life jackets. And, they waded in the shallow water. Jill captioned her post with, “Happy Labor Day! We enjoyed the day at the lake, or “the Arkansas beach” as the boys called it. Haha.”

One fan told Jill and Derick Dillard, “The “Arkansas beach”. Kids are hilarious!” Actually, they are, and it’s really sweet that Jill and Derick share so much of their lives with the boys. For now, they have to be satisfied with that as the couple left the TLC show. One fan wrote, “Miss seeing you on the show. You are adorable!”

☀️Happy Labor Day! We enjoyed the day at the lake, or “the Arkansas beach” as the boys called it. Haha . . What did your day look like? . . #laborday2020🇺🇸 #lakeday #hickorycreek #MonteNe #familytime❤️

Fans love the photos of the kids

One of the photos that Jill shared showed little Sam. He sat in his tiny folding chair enjoying the sun as he ate a sandwich. One fan commented, “Omgggg Sam’s cute little chair 😄.” Another fan commented, “Wow! Derrick is looking a lot better and I can’t believe how grown up the boys are! I hope you are all happy and well ❤️.”

The comment about Derick Dillard’s health arose as fans questioned his health on September 4. Some fans thought he lost a lot of weight. So, they wondered if he felt ill. Jill reassured fans he was fine. He just has a lean frame because of his swimmer/runner build. Derick also has a high metabolism. So, he’s a little longer the smaller side compared to other men around his age.

Derick also burns a lot of energy as he studies law. Popculture reported in May, that Derick “wraps up his second year at the University of Arkansas on his path to becoming a lawyer.” He also works various part-time jobs while he studies. So, between fathering the kids, studying, and work, he keeps himself very busy. Plus, although he sufferers from gagging issues, he gets out and runs often, to help stay in shape.

Fans of Jill and Derick Dillard love watching them as they grow into a new sort of “normal” outside of Jim Bob Duggar’s influence. Vilified at one stage, fans of Counting On warmed to him, as he started revealing the extent of Jim’s alleged tight hand on the TLC purse strings. Allegedly, none of the adult kids earn money from their appearances on Counting On.

Remember to check back with us often, for more news about Jill and Derick Dillard.