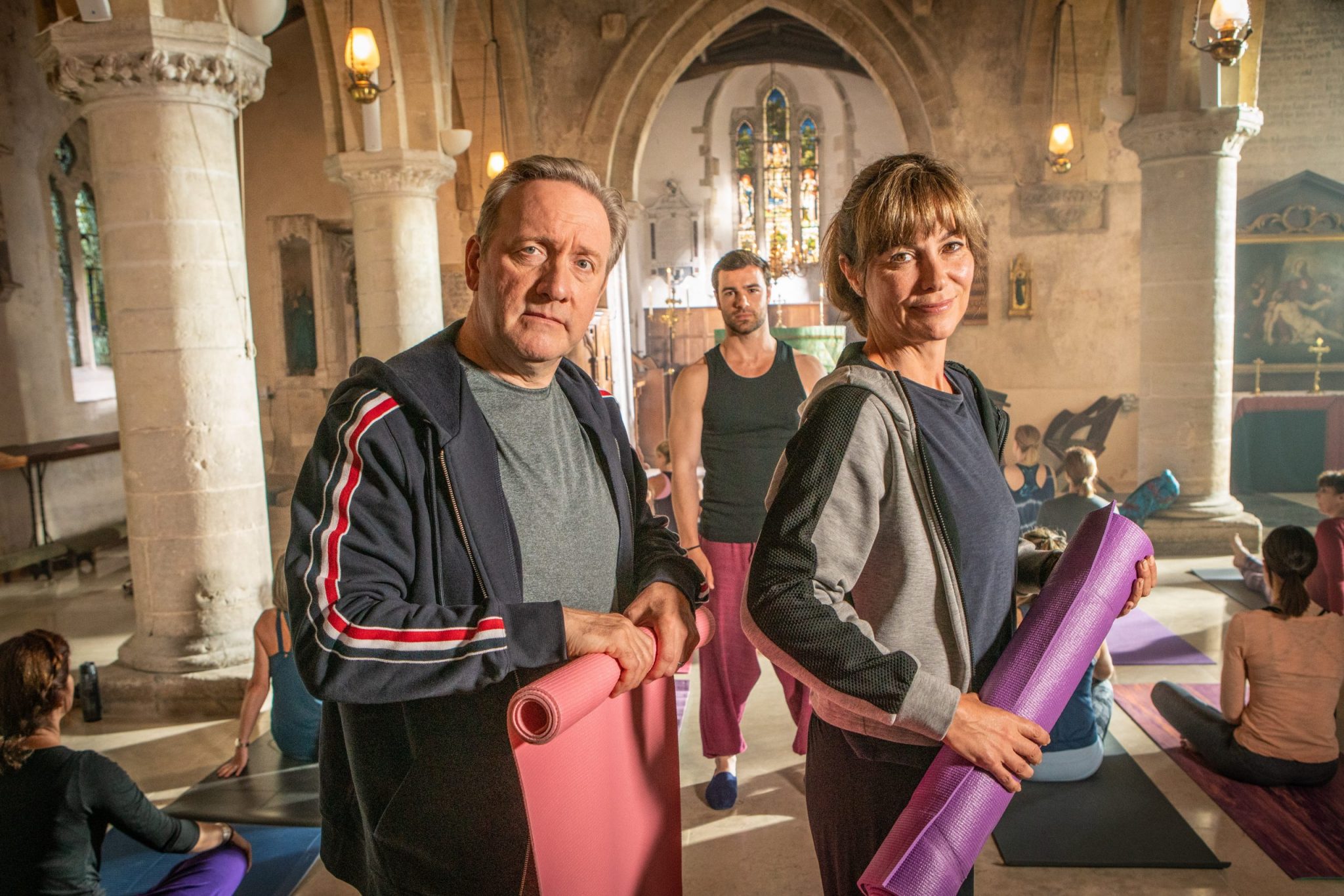 We have recently discovered that yes, there will be another series.

Here is what we know now.

Midsomer Murders Season 22 will start filming soon. How do we know this? We know from Fiona Dolman’s Twitter. There are two separate instances of confirmation that the ITV series is going to start production soon.

Last week, Fiona Dolman posted on Twitter, “First day back at school went beautifully! The teachers have put ‘worry’ boxes in each class. If a child feels upset & wants to talk but not in front of the whole class, they write & post their worries there. The teacher will read it & then discuss it with them alone. Love this”

One fan, @Ngoffy asked, “Any news on new MMs?” Fiona replied, “Will have news very soon!” Well, that sounds very promising. This sort of news is promising. She didn’t say canceled, so that is doubly good.

But, when one of Fiona’s friends and a former Midsomer Murders guest star asked the next question, the cat was let out of the bag. Tazmin Outhwaite, the former wife of Tom Ellis, Lucifer star, and mother of two of his daughters asked, “Yes darling…I hear you guys on MM are up and running soon? X”

Fiona didn’t further explain why she may need a worry box. She said that she is crossing her fingers. Could this perhaps be because they are beginning to film during the current pandemic? Or, because there are more creepy murders coming up? Either way, this was a confirmation that they are getting ready to start filming.

For these fans who are keeping count, Tazmin Outhwaite was a guest star on the Midsomer Murder Season 20 episode, “The Lions of Causton.”

Who Is Coming Back To Midsomer Murders?

Besides Fiona Dolman, who portrays Sarah Barnaby, who else is returning to Season 22? Neil Dudgeon told the Radio Times that he’s not going anywhere, anytime soon. He enjoys playing John Barnaby and has no intention of leaving soon.

On the other hand, earlier this year, Nick Hendrix told the Radio Times that he had “lots of other, different aspirations.” These goals could force him and his character Jamie Winters to move on from Midsomer. He is currently the fifth assistant and if the show continues, there could be more.

As for Fleur Perkins, actress Annette Badland loves her role and playing the outspoken pathologist.

Where Can You Watch All 21 Seasons?

Many fans are concerned that they can no longer watch Midsomer Murders on Netflix. The streaming network no longer offers the series. But, mystery fans can now binge the mystery series on Acorn TV.

Matt James Of ‘The Bachelor’ Asks ‘Is Love Enough?’
‘When Calls The Heart’ Season 8, Episode 2 Preview Shows Elizabeth Getting Back To Work
Twitter Drama! Why Did Maurice Benard Apologize To Nancy Lee Grahn?
‘Sweet Home Sextuplets’ Innovative Beach Fun
Jill Duggar & Derick Dillard Are ‘Content’ But May Be Growing Their Family