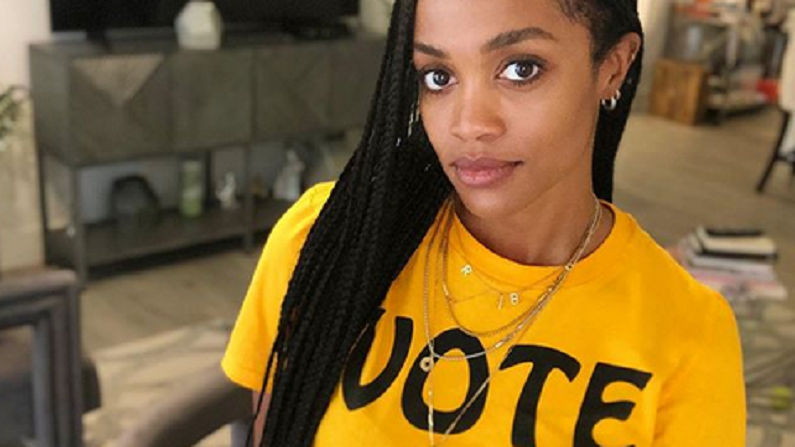 Or, is Tayshia Adams going to steal it from under her? Rachel is still skeptical of the ABC producers. She didn’t like it when they announced Matt James as the next Bachelor. Rachel felt that the network was only saving face due to the Black Lives Matter protests happening across the country.

Now, she’s calling for more diversity, but only under one condition.

The Bachelorette alum found love in 2017. Rachel Lindsay gave her final rose to Bryan Abasolo. Since then, she’s made it her mission to make the franchise more diverse. At first, it felt like Rachel was falling on deaf ears.

Back in June, ABC announced Matt James as the first Black star of The Bachelor. Then, two months later, Tayshia Adams was rumored to be the star of the upcoming season of The Bachelorette. However, ABC is still promoting the new season with Clare Crawley front and center. Rachel feels that the network is finally headed in the right direction.

This is me the entire episode on TONIGHT’S Season Premiere of @mtvghosted. 👀👻 Swipe over to see why and watch tonight on @mtv at 9PMEST 🤣 #mtvghosted

In a new interview, the activist praised ABC for releasing a statement in June. The network promised to promote diversity in the future and it shows. Rachel feels that every person of color should get their “happy ending.” She is thankful to find love on the show, despite its obvious problems.

“I want contestants of color to feel included, to feel like they can get a happy ending like I did,” Rachel said, per Yahoo! Entertainment. “It shouldn’t stop with me. And I was disappointed that after my season, it took three years to see Matt James come along and possibly Tayshia.”

Bachelorette alum is excited about the Tayshia Adams rumors

Rachel Lindsay also spoke out about Tayshia Adams possibly becoming the next Bachelorette. She hopes that the rumors are true. The law attorney would be excited to watch Tayshia’s season.

“Tayshia’s Latina and a Black woman, and so I think that is great for two communities,” Rachel exclaimed. “I’m excited to see her in that role if that’s true, but I also know that they’re committed to hiring more people of color within the production, which is something that the Bachelor diversity campaign started by fans wanted to see.”

Rachel doesn’t want to hold out hope just yet. She hopes that the network will hire more people of color behind the scenes, as well. Rachel joked that in “two months” she will voice her opinion. This comes after she revealed that she almost turned down the historic role of The Bachelorette.

Danielle & Adam Busby Celebrate 15 Years Of Marriage: See Photos
Fans Worry ‘Bringing Up Bates’ Will Be Canceled Like ‘Counting On’
‘Love Island USA’: 3 Islanders Plan ‘Operation Heart Attack’
Who Will Be The Next ‘Bachelor’? One Contestant Reportedly Getting ‘The Bachelor’ Edit
Busby Family Share Big Plans For Next Week’s Summer Break Excursion