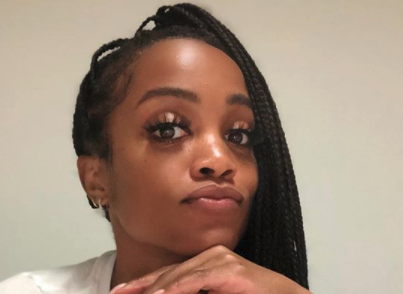 Rachel Lindsay didn’t always want to be The Bachelorette. She’s opening up on her journey to the role.

Rachel Lindsay wasn’t always going to take on the role

Rachel Lindsay is opening up on her journey to becoming The Bachelorette. As it turns out, she was originally going to say no to the role Page Six says. However, she eventually changed her mind.

“All the time, I look back and say, ‘What if?’ ” she says. “It’s like ‘what if,’ because I laughed when my co-workers came into my office and said you should do ‘The Bachelor.’ And then when they offered me — ‘The Bachelorette’ — I told them no,” Rachel reveals.

However that all changed when she realized just how badly the show needed a minority star.

“It was a mother coming up to me saying, ‘I heard you’re going to be on “The Bachelorette.”’ My daughter stopped watching the show, but she’s gonna start watching it again because there’s [minority] representation, and I said, ‘OK then I have to do “The Bachelorette.”’ I wasn’t even thinking about the bigger picture. But now I don’t even recognize myself, like, ‘Who am I?’ One decision just sent me on a path to change my whole life course,” Rachel remembers.

FRIDAY FEELING! I am thrilled to finally share with you guys that I’ll be working with @extratv as a full-time correspondent. They have an established, respected reputation and are a staple in the entertainment world. I have always admired the engaging, informed, and entertaining stories they bring to life. I am looking forward to joining this Emmy Award-winning team. I am excited to bring my voice, experience, and perspective to one of the best in the industry. I am so grateful. Stay tuned!!!!

If there is ever a reason to go on The Bachelorette, this seems like one of the best.

Rachel isn’t just reflecting on her own time as The Bachelorette. She also has been reacting to the new poster for the newest season of the show.

As it turns out, like most, she has some questions about the poster.

“I didn’t like it,” Rachel admits. “I didn’t understand it and I don’t think we should be questioning what the ad is and that’s what we are talking about more than we are about her and her season, ’cause I’m excited for Clare.”

Apparenlty, the poster is actually a reference to the movie, The Graduate. So, anyone who hasn’t seen that movie likely doesn’t get the poster at all.

Once Rachel realized it was for the movie, she was even more freaked out.

“That’s the movie?!” she asks. “What?! Now I’m hot. I gotta call somebody. I did not realize that. OK, now I’m a little bothered,” she continued.

Hopefully, the season is a bit better than the poster is. It really should be a dramatic season though.

Did you like Rachel Lindsay as The Bachelorette? Do you wish she would’ve said no or are you happy she changed her mind? Sound off in the comments below. Come back to TV Shows Ace for more news on all of your favorite Bachelor Nation stars.