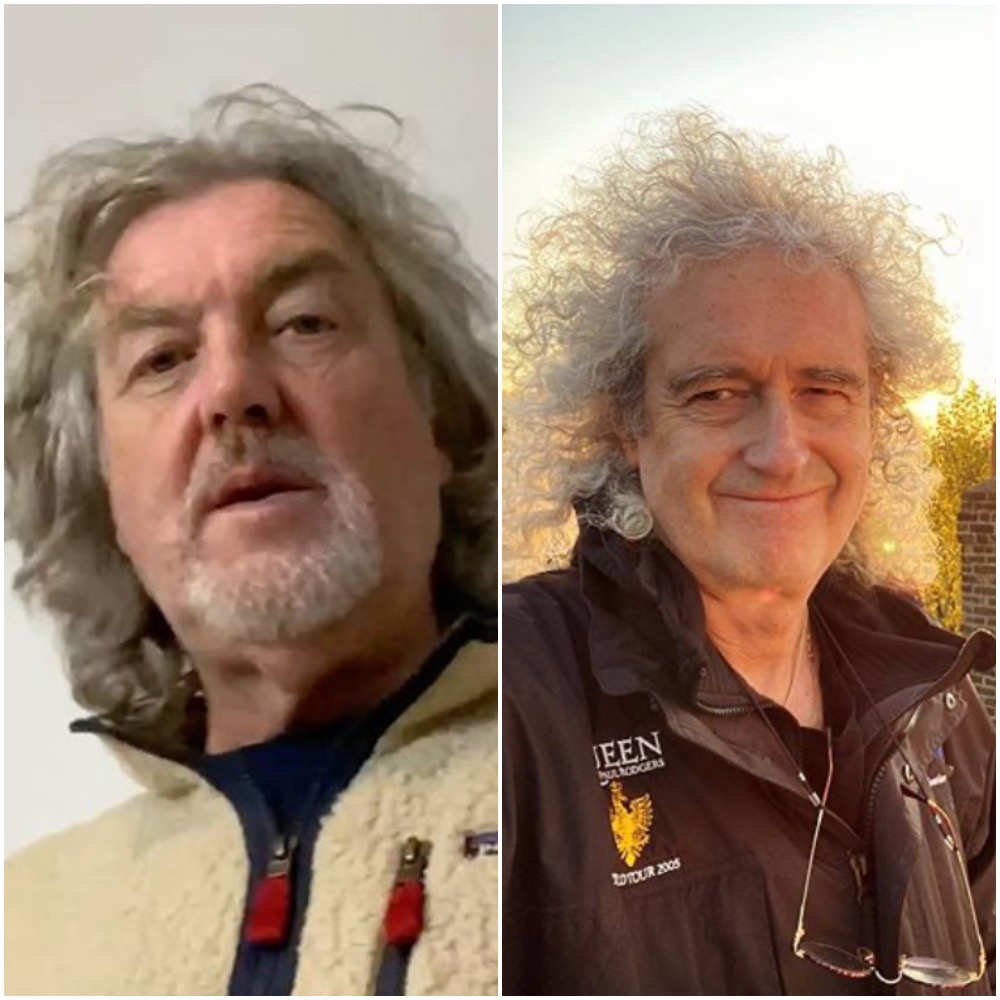 Is The Grand Tour star James May related to Queen guitarist Brian May? The former Top Gear star recently set the record straight. Do the two Mays share DNA?

Is The Grand Tour’s James May Related To Queen’s Brian May?

One of the big questions that The Grand Tour star James May has been asked is whether he is brothers with Queen’s axman, Brian May. According to Express, who reported on James May’s interview with Andy Jay on Driven, a talk radio show, the two are not brothers.

But, James May would love to be Brian May’s brother, and part of his reasoning has to do with hair. “No he’s not sadly, I would love to have Brian May as my brother because he’s great and has fantastic hair.”

Although they are “in no way related,” James May would love to meet Brian May. It does seem like quite a surprise that they never invited the Queen guitarist on Top Gear to drive a reasonably priced car on the race track. It would have been fun to see the two meet.

But, it is not unreasonable for fans to ask whether or not The Grand Tour star was related. It is more than a name. James and Brian have shared interests. James had studied music at Pendle College, Lancaster University. He learned the flute and piano. He could have fit in nicely with Queen. James May has also done a lot of science and technology programs over the years.

Brian May holds a PhD in astrophysics. If the two ever met, they would have a lot to chat about. And contrary to James May’s self-deprecating humor, they both have rock ‘n’ roll hair.

The Grand Tour star James May sets record straight on Brian May link: 'No offence'https://t.co/gxsOS28A6S pic.twitter.com/KFSfeHEjcI

James May’s Father Is Not A Priest

While we are at it, May’s father is not a priest. Andy Jay didn’t actually ask that question. He was just about to ask some questions, but May interjected with “Is one of the questions, ‘Is my dad really a priest?’ No his father James isn’t.” Obviously, May has been asked this question a lot. There does not seem to be any basis or long-held rumor that his dad was indeed a priest. But, he clearly has been asked this question before.

We should further note, The Grand Tour star was indeed a choir boy in his youth.

Consequently, although James May’s nickname is Captain Slow, we don’t know if he is a Junior or James May III, as he was named after his father James.

The Grand Tour Host Not Related To Theresa May

Finally, The Grand Tour’s James May is not related to former Prime Minister Theresa May. If they were related, they would have had some challenging family dinners. Theresa May was in favor of Brexit, while James May wanted the UK to remain in the EU. BTW, Brian May shared James’ views on that subject. So, they could be brothers, but they aren’t.

When is the “Madagascar” episode of The Grand Tour Season 4 airing? That should be soon. Amazon should be making an announcement in the upcoming weeks.