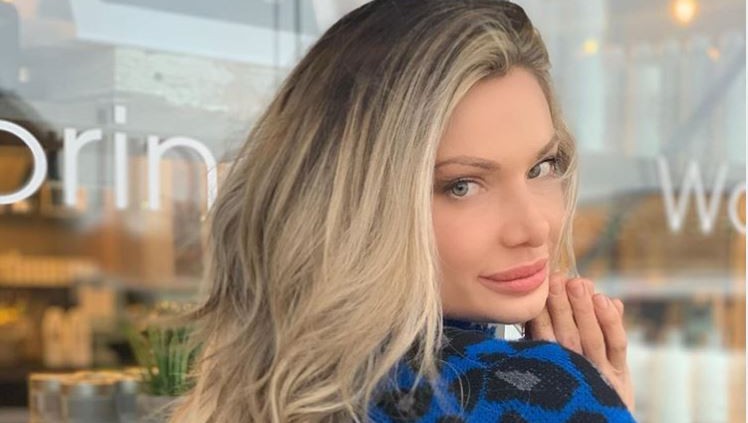 Big Brother 22 All Stars alum Janelle Pierzina shared pictures of the wedding invitation she received. And, the invitation is for none other than Nicole Franzel. Janelle’s made it clear she will not be attending the nuptials. And, on Janelle’s way out of the house, Nicole basically uninvited her anyway. So what does Janelle think about this wedding invitation?

The Big Brother queen went to Twitter to display her invitation. She did not hold anything back as she talked about the invite. Janelle said, “Just received my invite. 3k for hotel so Nicole’s reception and hotel stay can basically be comped. Glad I don’t have to go. I hate cheap ass weddings where the go to song is Cotton Eyed Joe.”

She didn’t stop there. A fan said, “She said on the feeds her wedding is in Turks & Caicos so does that $3k include flights & hotel cause HOLY. SH*T.” Janelle replied saying that airfare was not included. The $3,000 was just for the room for three nights.

Someone else asked what comped means. Janelle said, “Charging 3k to attend the wedding is a tacky way of getting your guests to foot the bill.”

Many fans praised Janelle’s response, while many condemned it. Bachelor alum Demi Burnett commented saying, “I’m Screaming who pays 3k to go to a wedding… wait I would pay 3k to go to your wedding Janie.”

Just received my invite. 3k for hotel so Nicole’s reception and hotel stay can basically be comped. Glad I don’t have to go. I hate cheap ass weddings where the go to song is Cotton Eyed Joe. pic.twitter.com/z45MCG07sT

The feud between these two Big Brother All-Stars

Janelle has made it clear she wants nothing to do with Nicole outside of the Big Brother house. During one of her exit interviews she said, “We had a little bit of beef on The Amazing Race and that’s where all this crap started surfacing from.” She continued, “I wasn’t going to go to her wedding anyway. I have a cheer competition that weekend, so no worries. I’ll still send them a gift. I don’t hate the girl.” She concluded,”I just never trusted her in the house. I just never trusted her.”

She went on to say Nicole is a very insecure person in general.

Exactly 3 years ago we kinda sorta hit it off 🤍

Nicole’s upcoming wedding that Janelle will not be attending

Wedding plans were put on hold due to Covid-19. For those who may not know, Nicole is marrying Victor Arroyo. She met him on Season 18 of Big Brother. He ultimately proposed the following year during an episode of the show.