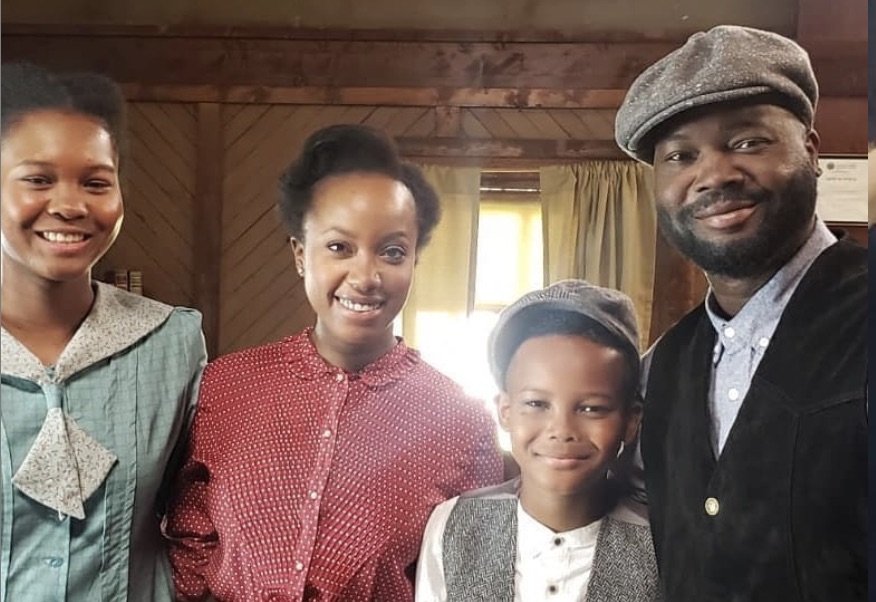 When Calls The Heart Season 8 will include a new family coming to Hope Valley. Welcome Canfield family! Who are the Canfields and what do we know about their storyline?

Erin Krakow went to Instagram to welcome the new WCTH stars. She wrote: “I am THRILLED to welcome @vivleacock@natasha.burnett @viennajdleacock & #EliasLeacock to the @wcth_tv family! We can’t wait to share their stories with all of you in Season 8!#Hearties, say hello to the Canfield family!”

Who Are The Canfields, The New When Calls The Heart Residents?

Who is the Canfield family? The new residents are a family of four that have just arrived to Hope Valley. The patriarch is Joseph Canfield. He is portrayed by Viv Leacock. Leacock also stars on the Hallmark Movies & Mysteries series, the Hailey Dean Mysteries.  Joseph wants to buy a gas station in Hope Valley.

Alongside Joseph is his wife Minnie. Natasha Burnett portrays the Canfield matriarch. A mother of two, she is very “protective” of her son and daughter.

Viv Leacock’s real-life children play the two Canfield children. Vienna Leacock plays Angela Canfield. Angela is a visually impaired 12-year-old. A musically gifted child, she plays the piano. Angela has been homeschooled prior to moving to Hope Valley. Now, she is a student in Mrs. Thornton’s (Erin Krakow) class. But, Minnie is unsure of Elizabeth. Can she trust this teacher to educate her daughter?

Elias Leacock portrays the youngest Canfield, Cooper. He is nine-years-old. The description says that Cooper is considered a “wonderful addition” to the schoolroom. He even has an adventure with Elizabeth and Jesse (Aren Buchholz). There are horses and it appears that they are in the forest.

Will Canfields Be In When Calls The Heart Christmas Movie?

Currently, WCTH is shooting Season 8. Right after, they will start to film the annual When Calls The Heart Christmas movie. Will the Canfields be included in on this holiday tradition?

When Calls The Heart Season 8 has started shooting early. That is because they are currently practicing coronavirus safety measures. They are social distancing and working outside as much as possible. This is why they started shooting in July.

Also, they are working in pods. Each team is a pod. For example, the team of actors is a pod. All cast and crew need to stay in their own pod. Everyone wears a mask. Subsequently, only the actors in front of the camera are allowed to take their masks off.

Are you ready for WCTH Season 8?