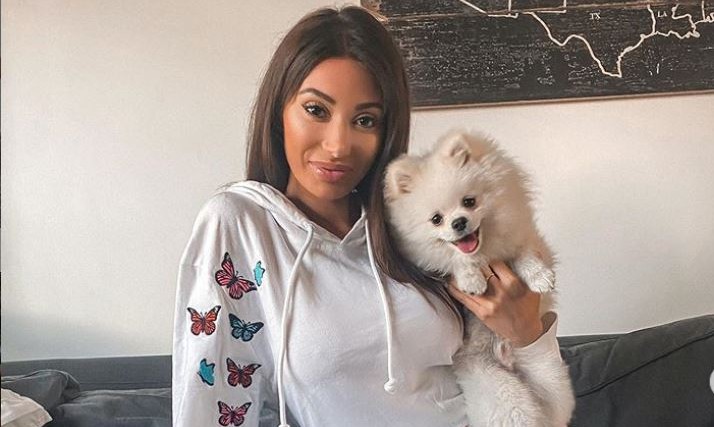 Too Hot To Handle star Francesca Farago is reportedly dating a member of Bachelor Nation. The news of her dating comes a week after she was linked to Love is Blind star Damian Powers. The person she is reportedly dating is someone who hasn’t been in the spotlight lately. He was previously on a season of The Bachelorette. So, who is this man?

Francesca reportedly has a new boyfriend from Bachelor Nation

TMZ broke the news yesterday that Francesca has been seen with former Bachelorette final rose winner Jef Holm. He originally appeared on Emily Maynard’s season of The Bachelorette. Jef and Emily were engaged for awhile following the show, but ultimately it didn’t work out. Now, it looks like he has a new lady.

Today, Jef spoke with E! News and dished on the status of his relationship with Francesca. And, he confirmed the rumors are all true. He said he and Francesca met a few weeks ago through a mutual friend, Casey. Jef says they have been spending a lot of time together.

He said, “She’s a lot of fun to be around. We’ve been hanging out and getting to know each other. She’s a great person inside and out and we have a lot in common. I definitely have a crush on her.” Jef went on to say they are not rushing things. He said, “People are quick to put a title on things but we’re just in the beginning stages and are taking things slow.”

Where were they together?

Jef and Francesca shared a fun trip to Arizona. They are vacationing together with a group of friends. They are reportedly partying in his parents boat. However, they aren’t putting a label on their relationship just yet.

In fact, Francesca is heading to Canada in a few weeks to see family. Following her trip to Canada, she will return to Los Angeles. She and Jef both live in LA.

Francesca created rumors with another man beside Jef lately. Rumors were flying after she was seen out with Damian Powers last week. However, they both say it was a friendly rumor. In fact, Damian has come forward denying the rumors. He said, “Over the past week, I have been in L.A. with my attorney, Alex Ion, pursuing new projects and business ventures. Francesca and I both share the same attorney.” He continued, “Francesca and I are not dating or romantically involved but remain friends.”

Stay tuned for more details about Jef and Francesca as they become available.

‘Dexter’ Revival: Release Date, Cast, What We Know So Far
Chrishell Stause Vacations In Paradise With Her New Man — Who Is It?
Is Isabel Roloff Worried How Pregnancy Will Impact Her Eating Disorder?
OH NO!!! Jessa & Ben Seewald Are Hurting For Money After Giving Birth?!
Catelynn Lowell DRAGGED For ‘Twisted’ & ‘Disgusting’ Clickbait