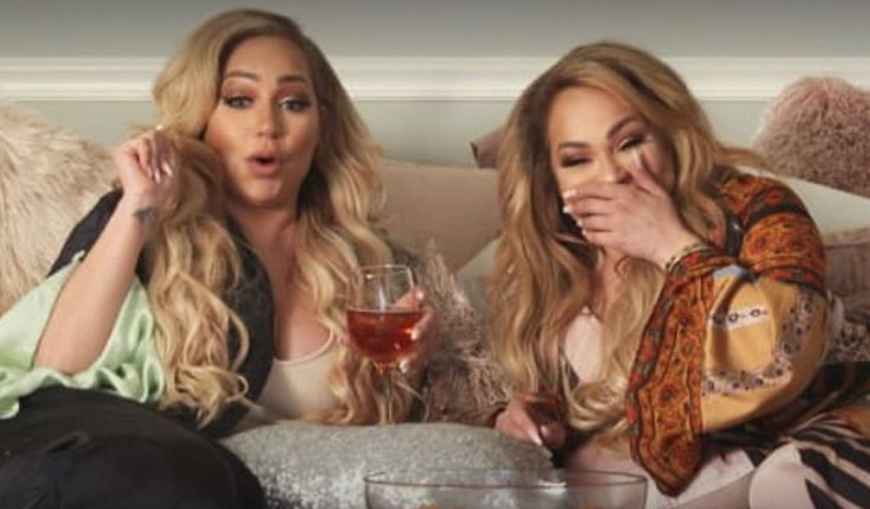 During the August 30 episode of the new TLC spinoff, Darcey & Stacey, 90 Day Fiance star Darcey Silva, 45, opened up in a therapy session. She opened up about the fact she and Jesse Meester had planned to have a baby prior to their split.

Darcey of 90 Day Fiance had a rough time with her last two relationships with Jesse Meester and Tom Brooks. Now she is starring in her spinoff show, Darcey & Stacey and has another love in her life. In Sunday’s episode, she opened up in her confessional, saying she wants to be open to love in the “right way.”  Darcey wants to “Release past baggage and not bring that into something new.” This was her reasoning for wanting to attend therapy sessions.

Darcey wants to discuss the problems she went through in her previous relationships to clear the air. She doesn’t want those previous experiences to impact her new relationship with Georgi Rusev.

Darcey was asked which “significant” issues are still bothering her. She responded that she wants to come to terms with old wounds. Darcey spoke of “toxic partners” and “red flags” she had ignored. She also wants to discuss the impact of age differences on her relationships.

Looking back on video clips of Darcey and Jesse, it is hard to believe they were in love. However, she says they did say they loved each other and wanted a future together. On top of that, Jesse wanted them to have a child. Darcey said they spoke about IVF. The couple wanted a boy and even came up with a name, Maximus. However, Darcey says she doesn’t know why Jesse would say these things, but still treat her the way he did.

90 Day Fiance star was confused by the relationship

Speaking to her therapist, the TLC reality star said she was confused because she had wanted more from their relationship. She said she and Jesse never got to the engagement stage, while he did give her a promise ring. Darcey said her self-worth felt lower shortly before their breakup, which aired in September 2018.

According to Darcey, the last time she felt “safe” and able to trust a person was with her more recent boyfriend, Tom Brooks. However, as 90 Day Fiance fans know well, that relationship didn’t last long. Darcey said she thought he really loved her but revealed she is tired of being in relationships that made her feel “not good enough” or less than desirable.

Darcey & Stacey star opens up about her childhood

Later in the episode, Darcey spoke about her childhood. She said her father wasn’t always around as he worked hard to provide for his family. Because of this, Darcey said she often leaned on her brother, Michael for support. She then fought back tears while saying her brother had died at the young age of 27 of cancer.

The reality star later opened up about her childhood, saying her father was not always around because he was working hard to provide for their family, so she often would lean on her brother, Michael. She fought back tears while revealing Michael died at the young age of 27 following a battle with cancer.

As Darcey starts this new chapter in her life, she will hopefully put all the hurt behind her. She told Entertainment Weekly before the premiere that she has had a long journey with relationships. She has now “fully concluded” her Jesse and Tom stories and is feeling excited about what the future holds for her.

🔥 Someone call the fire department, cause Darcey's new man is hot-hot-hot! See what happens with their romance, Sundays at 10/9c on #DarceyAndStacey.

According to Darcey, she is at a stage in her life where she is happy and staying strong for herself and her family. As noted by In Touch, she is excited to reveal more of her “past, present and future” family life on the new TLC show.

Catch Darcey & Stacey on TLC on Sundays at 10 pm.

‘Sister Wives’ Fans Have A BIG Question For Meri Brown: Too Personal?
‘When Calls The Heart’s’ Paul Greene To Become A Father Again
YUCK!! What Has Savannah Chrisley Done To Her Face?!
Jessa Duggar & Ben Seewald Welcome Baby Number Four!
Jeremy Vuolo Gets Trolled On Social Media, But Why?