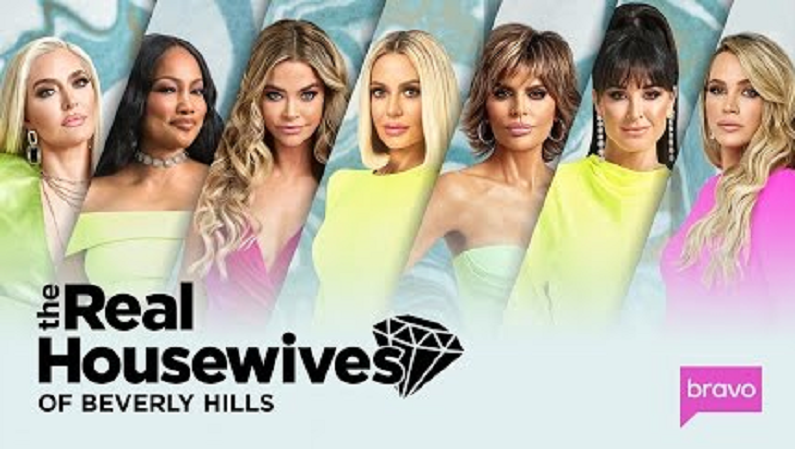 Fans of RHOBH are curious to know if this season was a set-up. Season 10 was heavily focused on Brandi Glanville’s alleged affair with Denise Richards. She first shared the details with Kyle Richards and Teddi Mellencamp. The former “Housewife” also alleged that Denise talked about them behind their backs.

This led Kyle and Teddi to lose their trust in her. Even Lisa Rinna got in on the drama and questioned their friendship. RHOBH fans feels that the ladies had a hand in setting Denise up. One of the fans uncovered something interesting about one of the producers of the show.

RHOBH producer is friends with the “Mean Girls”

Who are the mean girls, you ask? RHOBH fans dubbed Erika Jayne, Kyle Richards, Lisa Rinna, and Teddi Mellencamp as the mean girls. Denise Richards even used the name in a previous episode of the Bravo series. On Sunday, August 30, one RHOBH fan noticed that Christopher Cullen, one of the producers of the show, is good friends with the pack.

The fan included screenshots of his conversations with the aforementioned RHOBH co-stars. Chris is the same guy who spoke to Denise when she tried to make a quick getaway during the Italian trip. He told her it wasn’t right for her to give a speech and to just walk up and leave. Christopher begged Denise to go back into the restaurant and she obliged.

“Chris the producer seems to be very pally with the mean girls,” the fan tweeted. “Added to the fact Denise was warned prior to filming the current season.”

Chris the producer seems to be very pally with the mean girls. Added to the fact Denise was warned prior to filming the current season. #SetUp #RHOBH pic.twitter.com/WRNOfuWyBk

The fan also included a screenshot of Denise’s tweet, in which she talked about the warning she received.

“I wasn’t unhappy at all. I was in excruciating pain when we started & ended up having surgery a few weeks into filming,” Denise explained in an old tweet. “And, before we started I was told I needed to get ready … warning me it was my turn on the show. So….”

Now, fans are convinced that Denise was set-up. One fan said they’re “waiting for the tell-all TV special” to prove “how corrupt the franchise is.” Another said that Bravo should remove “Real” from the title.

Why were so many scenes removed from the episode?

Evolution Media, the production company for RHOBH, has changed the pace of this season. The trailer for Season 10 showed Denise leaving in the middle of the season. Later, she made her infamous return. She cocked one eyebrow as she wore a silver metallic dress and sat down in front of a green screen.

What happened to that scene and many other scenes on the show? Most of these deleted scenes contained crucial information that would have benefitted the fans. There was another scene where Denise explained her text exchange with Brandi. But they removed the scene to focus more on Teddi’s baby shower.

The producers also wanted to incorporate Brandi for their “bad Denise” storyline. Fans believe that production is trying to manipulate viewers into believing a story that’s not true. Evolution Media also produces RHOC and Vanderpump Rules. Most fans have stopped watching these shows because they feel too producer-driven.

Aside from the obvious gaps, this season has continuity issues. Fans weren’t happy with Wednesday night’s season finale.

Part one of The Real Housewives of Beverly Hills three-part reunion airs Wednesday, September 2 at 9:00 p.m. ET on Bravo.