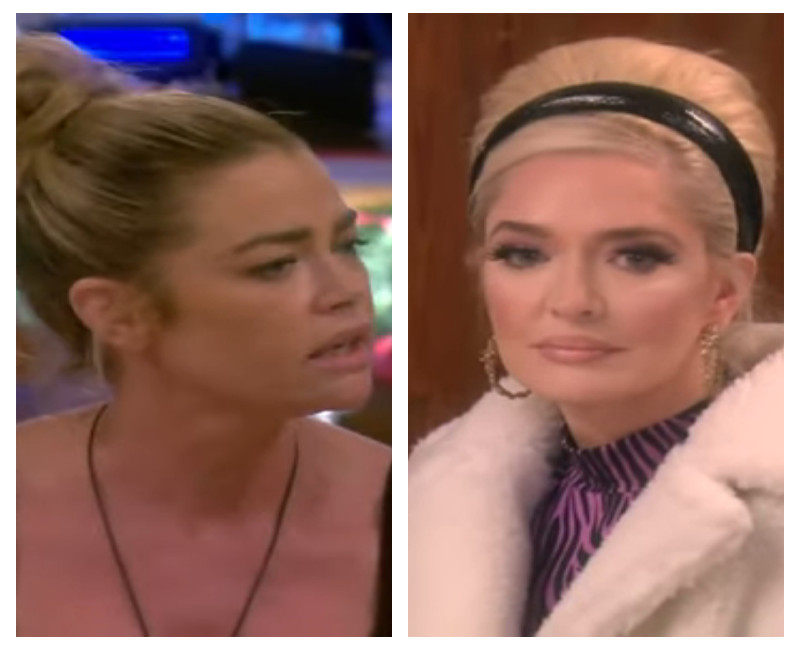 The Real Housewives of Beverly Hills is seeing a huge ratings boom during Season 10. The show fell in the television ratings after Lisa Vanderpump left during Season 10. Reality Blurb reported back in April that the season premiere episode earned only 1.3 million viewers.

Ever since Brandi Glanville’s affair allegations came out on RHOBH, the viewers are pouring in. Brandi alleges an affair with co-star Denise Richards. Denise denies the affair, but her other co-stars side with Brandi. The rumors of the affair began in late 2019, but are just now airing on the Bravo show.

In the last few episodes, the RHOBH stars confront Denise about the affair allegations. Brandi also told them that Denise was badmouthing them, including calling Teddi Mellencamp “boring.” The tense confrontations usually result in Denise leaving the dinner or event. That leads the other women to insist on “resolving” the issue by bringing it up at the next gathering. Wash, rinse, repeat.

While fans are getting as frustrated as Denise about the ladies beating a dead horse, they also can’t stop watching. Lisa Rinna posted on her Instagram Stories that the August 12 episode beat even Fox News in the ratings. In fact, RHOBH beat all primetime shows airing in the same time slot.

During the episode, Denise calls her co-stars “mean girls” for constantly attacking her. Erika Jayne took to social media to poke fun at Denise’s comment. She also trolled Denise for her love of a good boot cut jean.

Denise is a jeans and t-shirt kind of girl. In fact, fans noticed that she prefers one kind of jeans the most. The classic boot cut jeans. Some fans think it’s funny that Denise even wore the laid-back style of jeans while in Rome, Italy.

RHOBH’s Erika Jayne has noticed fans noticing Denise’s jeans. She took to social media to celebrate the show earning first place in the ratings from Wednesday night. In her post, Erika shares a screengrab of a news headline. The headline states that RHOBH is “once again #1 in cable primetime.”

Some fans did not take too kindly to Erika bringing up Denise, even if she was joking. Many fans pointed out that Denise is carrying the entire season, per The Blast. In fact, fans have not been happy that Erika Jayne stays quiet during group settings. But she has a lot to say during her one-on-one interviews.

One fan took aim at Erika’s fashion. The fan writes that Erika “could NEVER” wear what Denise wears. The fan continues shading Erika for “wearing costumes” to hide behind.

The showdown between Denise and Brandi continues in the next episode. Bravo revealed early in the season that Denise quit filming in December. That means her final episode should be coming up soon. For her part, the Wild Things actress denies quitting filming, insisting she only missed one event. Furthermore, she is open to coming back next season.

In the next episode, the ladies gather for Teddi’s baby shower. Brandi gets an invite, though if Denise was also in attendance. It’s unlikely considering how tense things were between Teddi and Denise at the time of filming.