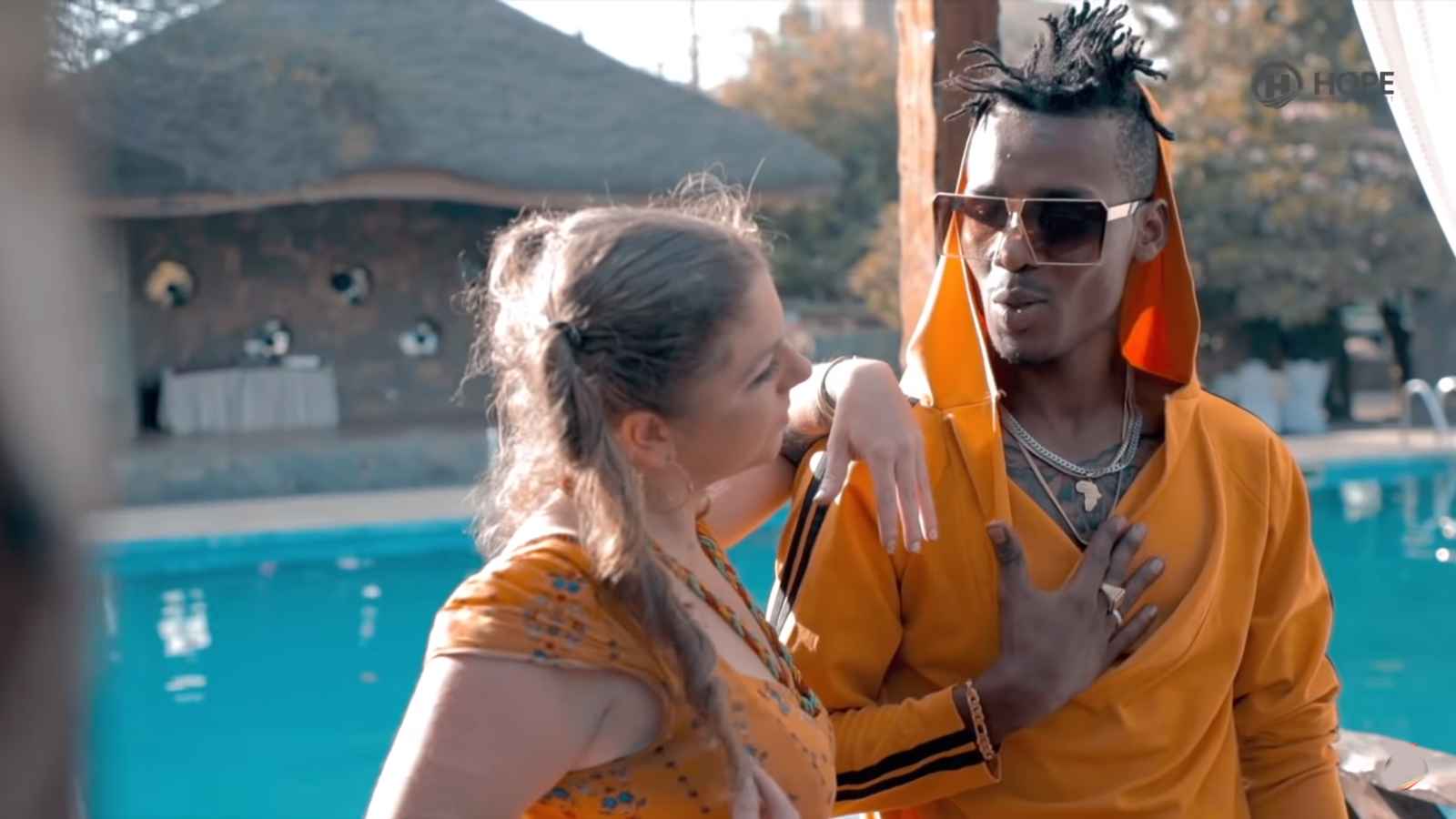 Ariela Weinberg is a fan favorite on 90 Day Fiance: The Other Way where she appears with her Ethiopian boyfriend, Biniyam Shibre. Ariela met Biniyam while traveling the world to get over her divorce. She ended up spending quite some time with him in Addis Ababa, where she became pregnant with his baby. Now, other interesting news comes out of Ethiopia. It turns out that before she met her man, she starred in a music video with an Ethiopian singer.

90 Day Fiance star Ariela and her other talents

Ariela never expected to find love in Ethiopia but while waiting for a cab, she spotted personal trainer and dancer Biniyam. With his muscled physique and long hair, there was an instant attraction for Ariela and she ended up falling in love. Of course, since then she has become pregnant and has returned to Addis Ababa to be with Biniyam.

90 Day Fiance fans will remember Ariela is a freelance writer and worked part-time for her father, a doctor. However, it turns out she has other talents. At one stage, she had a modeling career and she put this to the test in a music video. She starred in the video with Andinet Ali in February 2019. Watch Ariela in her role in the music video of the song Honey by Andinet Ali below.

In March that year, she also made her relationship with Biniyam public. At that time, she noted on Facebook that she was managing Biniyam’s boxing career and was very proud of him. Ariela also notes on Instagram that she hosted radio shows in Ethiopia and had met actor Andre Royo of the HBO show The Wire.

Troubles between Ariela and Biniyam

Getting back to Ariela and her relationship with Biniyam in Ethiopia, recently the pair have been having problems. After finding out about his failed marriage with another American woman, Ariela’s mother Janice was worried about Biniyam. After seeing the 90 Day Fiance star perform at a nightclub with his ex-girlfriend, Janice was horrified.

However, a more recent problem relates to religion. Biniyam wants Ariela to become an Ethiopian Orthodox Christian so that their baby can be baptized. Meanwhile, Ariela wants to raise her child in the Jewish faith.

The 90 Day Fiance: The Other Way midseason trailer revealed even worse problems. In the trailer, Ariela and Biniyam visit her doctor, only to find out she has to give birth that day by C-section. She is briefly seen crying out on an operation table, saying she is not ready. She also fights with Biniyam’s sisters, where the religious aspect comes up yet again, with them telling her the baby will go to hell.

As noted by Screen Rant, it looks like Ariela now wants to return home to America with the baby. It would be devastating for Biniyam to go through the same situation as he did with his former American wife.

Catch the drama on Monday’s midseason finale of 90 Day Fiance: The Other Way at 9 pm EST on TLC.