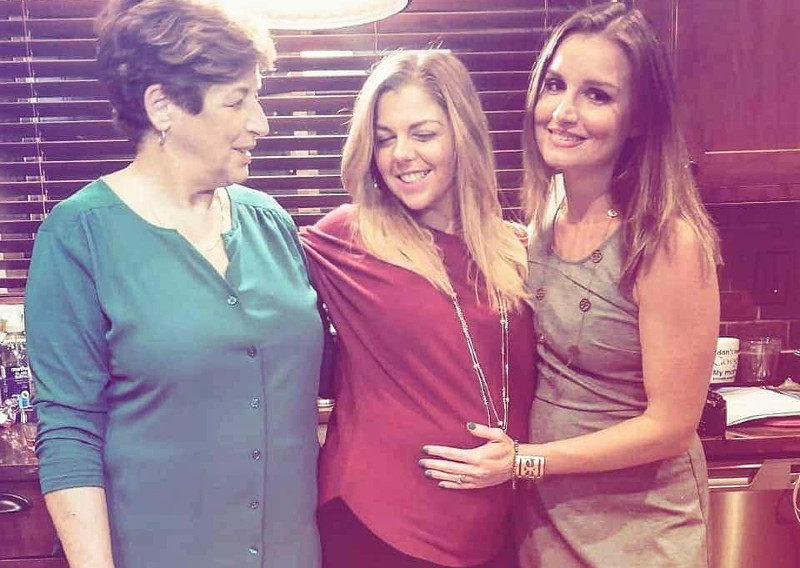 In a recent episode of 90 Day Fiance: The Other Way fans watched Ariela, 28, crying as her mother, Janice, went home to the States. A sneak peek into the midseason trailer shows Ariela at the doctor’s office. She cries as the doctor tells her she has to give birth to her baby early via C-section. The TLC reality star is clearly not ready for this.

After an emotional scene in a recent episode of 90 Day Fiance: The Other Way, fans watched as Ariela saw her mother off on a plane home to the States. She is crying and Biniyam asks her what is wrong. Ariela tells him, “I don’t know, I’m not looking forward to being alone with you.” This obviously upsets Biniyam, who begs her not to leave him. He promises to work on improving his English in order for them to communicate better.

Biniyam’s promises don’t help. Ariela goes on to tell him she s going to have a baby in ten weeks. She points out that she has no friends in Ethiopia and her mom has left. Ariela says she feels stuck there in his country.

Ariela is ‘not ready’ to deliver her baby

As noted by People, the recent midseason trailer continues the drama in Ariela’s life. The sneak peek reveals Ariela and Biniyam, sitting in her doctor’s office. The doctor tells her she is going to have to deliver the baby by cesarean section. The doctor says, “We will not wait.” Ariela asks when she would have to deliver her baby to which the doctor replies, “Today.” The TLC reality star is clearly not ready for this response and says, “What?”

Fast-forward in the trailer and Ariela is in an operating theater, lying on a gurney and sobbing, saying, “I’m not ready!”

Ariela does go ahead and deliver their baby via C-section, although viewers will only get a quick peek at the little one. Following this, Biniyam’s sisters bring up the subject of religion again. They point out to an upset Ariela that if the baby isn’t baptized, he is going “straight to hell.” Ariela asks Biniyam if he is going to let his sisters talk to her that way and then things get really nasty. One sister tells Ariela she is acting “like his ex now, I swear,” to which the American responds, “That’s really f**ked up.”

Fans will remember the episode when Biniyam took Ariela to his church to ask about baptism. We learned that he is an Ethiopian Orthodox Christian and Ariela is Jewish. The priest tells the couple that the mother must also be baptized as a Christian, to which Ariela takes exception. It is her plan to bring her child up as Jewish. All the Christian talk of Hell makes her very uncomfortable and she doesn’t want to teach her son about that.

So far during this season of 90 Day Fiance: The Other Way, Ariela and Biniyam have been a fan-favorite couple. However, it doesn’t look like they will continue that way. In fact, there are rumors they don’t make it and Biniyam loses another American wife and child. Watch the midseason teaser trailer here.

Trust us, it'll be worth the wait!😲 Monday is the #90DayFiance: The Other Way mid-season finale… and the series returns October 11 at 8/7c with all-new drama you won't want to miss.

90 Day Fiancé: The Other Way airs on Mondays at 9 pm EST on TLC and returns on October 11.