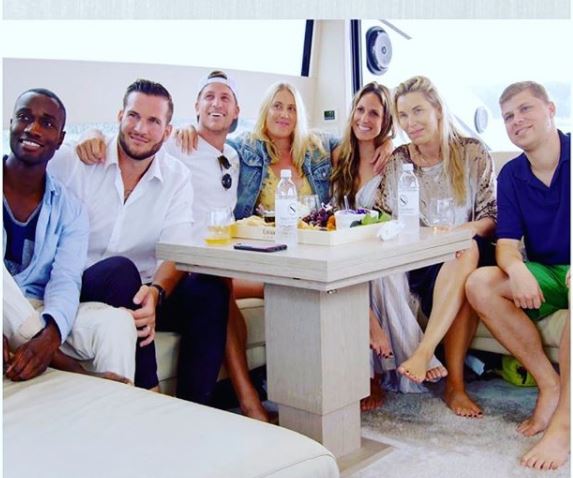 As at this time, there is no news at all about Season 2. Netflix hasn’t said one way or the other. That doesn’t mean that it won’t happen though. This show just hit Netflix a few days ago. As of right now, you can assume they are waiting on ratings to come in. The show is getting popular already, though.

J.B. spoke to Us Magazine and said, “The most important thing to me is my family. If I’m not working, that’s who I’m with, so I think for Season 2, if you want to get to know me a little bit more, I’ll have to bring in my brother and sister, my mom and dad and possibly even my girlfriend.”

It would be really interesting to get to see this side of him. Viewers love the houses, but they also love the stories of the realtors trying to sell these houses.

What else could happen?

During Season 1 of Million Dollar Beach house fans got to know Michael Fulfree. His wife was pregnant at the time and then the baby was born at the end of Season 1. Viewers never got to meet her or get to know her at all. That would be interesting.

Noel said that he hoped the show lasts for several seasons more. As long as the cast and fans want it, hopefully, it will happen. Letting Netflix know how much you love the show isn’t going to hurt, though.

You know the houses would really be extraordinary next season as well. This season fans saw putt-putt courses on the top of a house and some of the best pools ever.

You can catch Season 1 of Million Dollar Beach House on Netflix. There are six episodes on there so far.