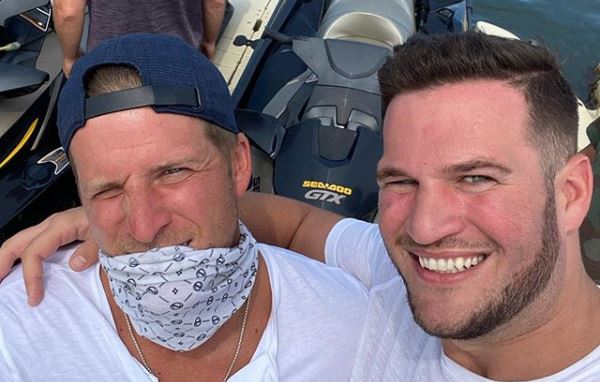 Who is Michael Fulfree’s wife?

Michael’s wife is named Samantha Fulfree. You can find out a lot about her from her Instagram page. It was a bit odd that she never made an appearance on Million Dollar Beach House. She is constantly sharing pictures of their son. Maybe if the show gets renewed for another season she will show up. Fans would like to get to know her better.

Samantha is a 4th generation owner of Cancos. This is a tile and stone company. It is possible these two met because of him being a realtor, but that isn’t explained.

All about this Million Dollar Beach House baby

In this first season of Million Dollar Beach House fans got to see Michael talk about his wife and their son on the way. He is working hard for commission and this is one reason. The baby boy turned one in July, so that shows you how long ago this Netflix show was filmed. Check out one of the posts Samantha made below to celebrate his big day.

One whole year of the greatest love I’ve ever know. This time last year I had no idea how much love my heart could handle. You entered this world at 10:52am on July 20th 2019, and from that point on my life forever changed for the better. Happy 1st birthday my sweet baby boy!💙 Watching you grow and learn this past year has been the most amazing experience. You are the smartest, sweetest, most charismatic little boy! Everyday I thank god for bringing us together. Thank you for making me your mommy. I love you more than I will ever be able to articulate! #firstbirthday #lifewithluca #lovelikenoother #1stbirthday @mike_fulfree

Could the show get a Season 2?

As of right now, there is no word on Million Dollar Beach House Season 2. Michael shared a photo of the cast along with the caption, “What an epic journey with this cast of characters. Watch #milliondollarbeachhouse today on @netflix to see an inside look into the real estate business. @clobird @curiousyellowdesign @annacappelen_ @nestseekers @noelxroberts @jb_andreassi @jamesnestseekers @peggy__z.”

It does sound like they had a good time doing the show. For now, fans are going to have to wait to see if Million Dollar Beach House gets renewed for Season 2. So if you love the show, let Netflix know so they may bring it back for more episodes. It would be great news for it to get a renewal.

You can catch Season 1 of Million Dollar Beach House on Netflix now. So far, there is no word about if another season will happen or not. Stay tuned to TV Shows Ace for news on this show and others!