OutDaughtered fans are calling on Adam and Danielle Busby for Hurricane Laura updates on Instagram. Unfortunately, all they are getting is radio silence. Where are the Busbys right now? Did their house sustain any damage because of the hurricane? Are their family and friends alright? OutDaughtered fans are currently swimming in concern as we all look to Instagram for some sort of update.

When were Danielle and Adam Busby last on Instagram?

Adam Busby was last active on Instagram a little over two days ago. This was the night before Hurricane Laura hit the coast. In this post, Adam revealed he and his family were hunkered down inside of their Texas home. He explained that several of his family evacuated to their house. In one comment, he also revealed Mimi was with them as well. Adam Busby was also active on his Instagram Stories around the same time. He offered updates on what they did to prep their home for the hurricane.

The OutDaughtered dad also did the best he could to respond to fans in the comments. This included answering several questions a lot of fans were asking.

Danielle Busby’s last Instagram post was around the same time as her husband’s. She posted a snap of all the children they currently had in the home. And, she jested about how difficult keeping so many children entertained was. Even during this troubling time, however, the home still looked to be filled with love.

And the It’s a Buzz World account? Well, it hasn’t been active since Blayke’s first day of virtual school. Unfortunately, her first week back to school was cut short by the hurricane. Fans can only wonder if the girls will get to return to school next week.

OutDaughtered fans are desperate for updates.

With no where else to go, OutDaughtered fans take to the most recent Instagram posts by Adam and Danielle. Perhaps knowing Adam responds to fans more than Danielle, most are taking to his recent Instagram post. Flooding it with concern and worry. Is the TLC family alright? What’s going on? Begging for some updates. 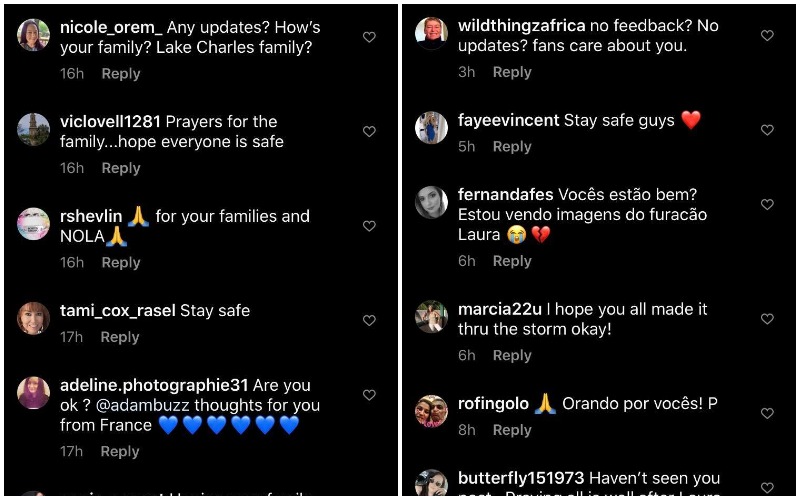 Some of the comments even oozed a bit of frustrating. A few called out Adam and Danielle for keeping their fans in the dark during this difficult time. These individuals noted the fans were concerned and deserved an update.

At this time, all fans can do is keep waiting for some sort of update from the OutDaughtered stars on Instagram. We at Tv Shows Ace will keep you posted as soon as we see an update!