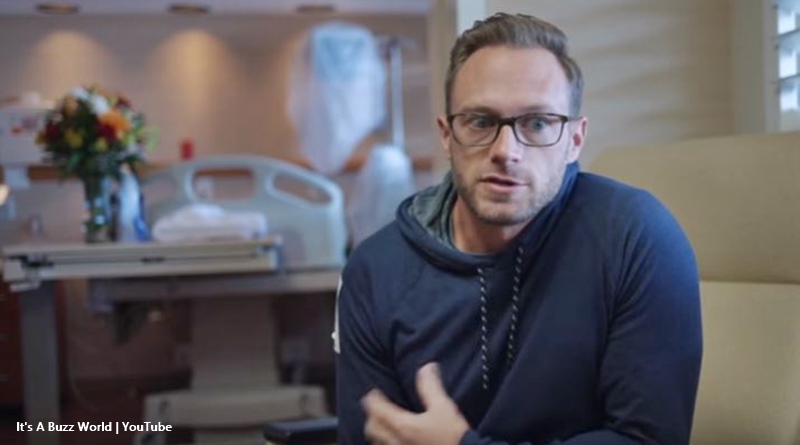 One very clueless OutDaughtered fan penned a question on Adam Busby’s latest Instagram post that had many scratching their heads. What was it that the individual asked about? How did Adam respond? Keep reading to find out.

The clueless OutDaughtered fan drew attention to the empty shelves in the background.

Adam Busby took to Instagram last night to update fans on Hurricane Laura. He explained the family had prepped the house, secured family members from the Lake Charles area, and were hunkering down for the night. One clueless fan, however, couldn’t help but notice the empty shelves in the background. And, they found them to be baffling. Why were the shelves empty? Was this because of the hurricane? Did Adam Busby and Danielle clear the shelves to keep everything safe? For whatever reason, the barren shelves really seemed to bother this individual.

“Why have you nothing on ur shelves? Because of the storm?” The individual questioned in the comments.

“No, because our house is still being remodeled. The shelves were supposed to be stained this week, but the hurricane put a stop to work.” Adam explained in response.

While Adam Busby didn’t seem to take the question negatively, his followers were not happy about it. They thought it was a question that didn’t need to be asked. And they called out the individual.

“Your awesome for answering that… I gave the eye roll and thought is that your business.” One individual criticized.

The person who asked the question returned. They wanted to explain their question.

I was interested in how strong the storm was. I am in the U.K. We don’t get storms like that.”

Turns out, the individual was just curious about the storm. And, for anyone who has never experienced a hurricane first hand, this makes sense. 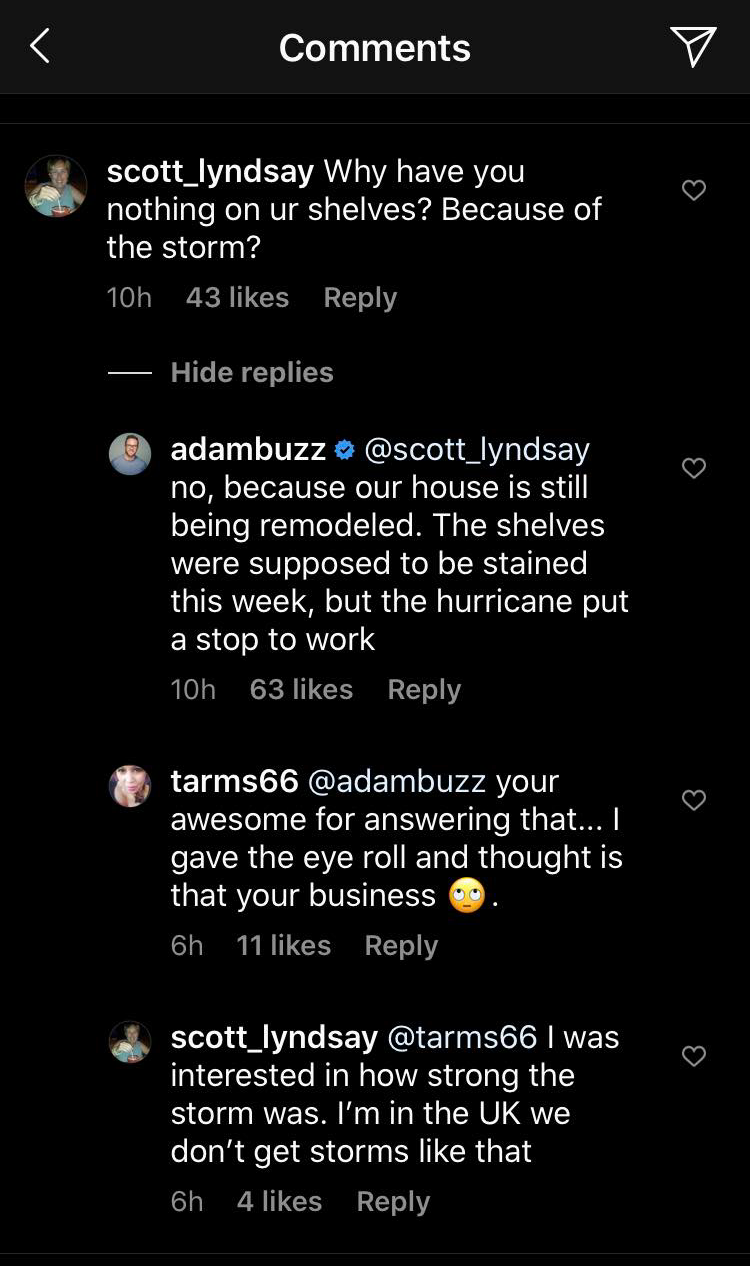 Not all OutDaughtered fans took issue with the question. In fact, some criticized the backlash. One individual told the person to stop being “rude” as it was just a question.

“It’s OK. They are public figures and we are all curious. I wonder the same silly things.” Someone else reassured.

Others were just happy to see Adam Busby take the time to enlighten his follower about the barren shelves in the background of the photo.

Hunkered down, roast in the oven and watching the weather channel. Praying that the winds die down, because Laura is going to be pretty catastrophic. #GoAwayLaura #hurricanelaura #itsabuzzworld

There were even a few who tagged the original poster and offered some stats on the storm.

So, what do you think of the OutDaughtered fan asking about the barren shelves in the background of the Busby home? Did you like how Adam Busby responded? Sound off in the comments down below!

Stick with us at Tv Shows Ace for the latest OutDaughtered news.