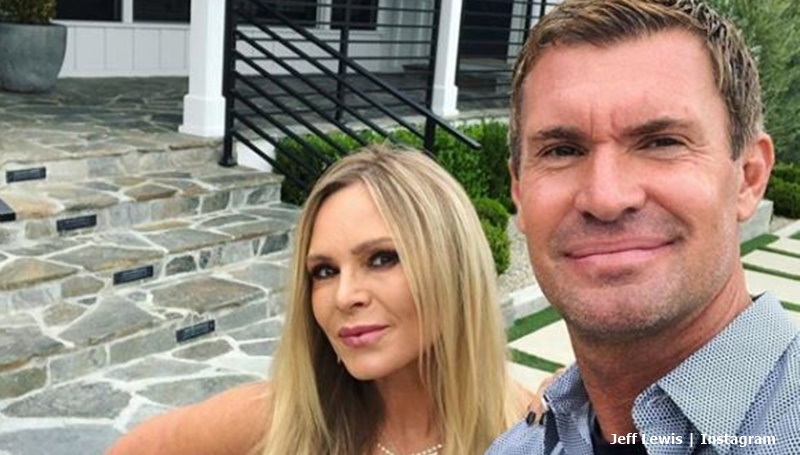 Flipping Out fans heard from Jeff Lewis of the SiriusXM radio show that he saw a doctor about pain in his back. It turned out that he suffered from a disease of the spinal cord. Now, he underwent surgery and recovers in the hospital.

Unlike Simon Cowell who broke his back recently, Jeff’s surgery related to a condition that could have caused permanent paralysis. According to People, his condition came from something called “Cervical Myelopathy.” He got diagnosed after complaining of  “pain in his lower back and neck and instability in his legs.”

Jeff went for his surgery on Wednesday, August 26. The Flipping Out alum worried about scarring. And, he joked about possibly dying under the knife. On the radio show, he even joked about where he’d like to be buried. His co-workers also joked about his funeral. Meagan Weaver shared a photo of him in the hospital. Her caption joked, “He made it! Thank god I still have a job.” Meagan added, “Successful surgery and recovering in hospital…Put funeral plans on hold.”

One fan reacted to that by saying, “Great news! I can’t do without him on the radio. He’s the only part of that channel worth anything anymore.”

He made it! Thank god I still have a job. Successful surgery and recovering in hospital. Thank you for all your DM’s checking in. Put funeral plans on hold @heathermcdonald

Fox News reported that Jeff Lewis took the opportunity to take a “jab” at his ex. He and Gage Edward battled for custody of their kid for some months now. The outlet noted that Jeff  “shared a meme that depicted Edward pulling the plug on Lewis.” He wrote, “It’s Monroe Edwards (sic) now, B—h!” Of course, that relates to the fact that Gage wanted to change their daughter’s name.

One Flipping Out fan wrote, “So relieved that you will be OK. I wondered if Gage even wished you well.” Those fans in the know explained to ignorant fans that Gage and Jeff split over a year ago. Other fans took the jab at Gage as a sign that he’s on the mend. One of them commented, “Glad your humor is alive and well! Get well soon miss you already on the radio .”

Thanks for all of the support

Over on Instagram, Gage shared a photo of himself with their daughter. Gage never mentioned Jeff in his recent posts. Fans commented on what a good dad he is. One nostalgic Flipping Out  fan wrote, “Aawww soo cute. Is it crazy that I still wish you and Jeff would get back together?” Plenty of fans agreed with that. And, one of them believes Jeff obsesses about Gage to the point that it shows he still cares for him.

Hopefully, after this scary surgery and his diagnosis, Jeff and Gage find something good in each other.