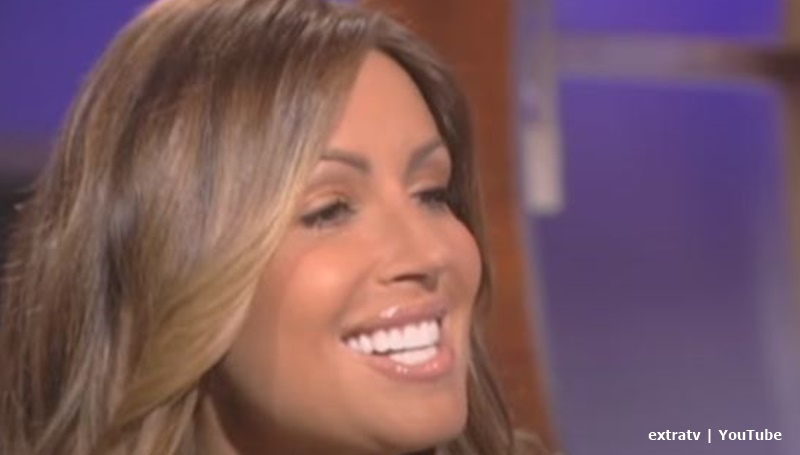 RHONY world got rocked by the news that Dorinda Medley left the Bravo show. It’s not clear if she opted to leave or got the big old boot. Whatever happened, new chatter rocks the show all over again. Insider rumors suggest that Rachel Uchitel might end up on The Real Housewives of New York.

You might recall that she’s the woman who blew open the affair with Tiger Woods. In fact, her steamy texts brought the famous golfer into public disgrace.

In the last season of the show, Leah McSweeney joined the cast. But at the time, Rachel was also in consideration. Now, with Dorinda gone, it seems that Rachel gets reconsidered again. An insider source told Page Six about it. The outlet noted, “there’s renewed effort to get her on the cast.” Their source thinks Rachel brings enough links to the show to justify it. And, starring in RHONY might not seem impossible.

Take a trip down memory lane with the Daily Mail UK. In 2010, they wrote about the affair. They reported, “[Rachel’s] steamy text messages to Tiger Woods..set in train the public disgrace of [Tiger].” Until then, everyone touted him as “squeaky clean.” When Tiger’s wife discovered the texts, he drove off wildly and “crashed into a fire hydrant” and a tree.

The rest of the story revealed multiple affairs and the media enjoyed more than just one field day over the scandal. Naturally, if Rachel came onto RHONY, interest might run high, But, the idea of it got slammed by some people on social media. One person wrote, “OF THE MANY MILLIONS OF WOMEN, you’re thinking of Rachel Uchitel, @Andy? Your people can’t find ONE woman of color with no headlines?”

Other fans react to the rumor about Rachel on RHONY

One Real Housewives of New York fan wrote, “@BravoTV @Andy  if you put Rachel Uchitel @RachelUchitel on @rhony_bravo I will BLOCK u.” However, not everyone hates the idea. One follower noted, they feel good with the idea. In fact, they claimed, “She seems like a good addition!!”

@andy @bravo @HeatherMcDonald is it true ?! Rachel Uchitel on #RHONY that would be sooooo good.

Meanwhile, Page Six requested confirmation from Bravo. But apparently, a rep denied that she stars on the show.

Todd Chrisley Reaching Out To His Hurt Child, Which One?
Would Michael Allio Accept An Offer To Be ‘The Bachelor’ Next Season?
Duggar Cousin Amy King Urges Anna To Stop Being Silent & Tell Her Story
Clare Crawley Underwent Breast Implant Removal Surgery, How Is She?
Nick Viall Shares Dating Advice With Fans On Instagram