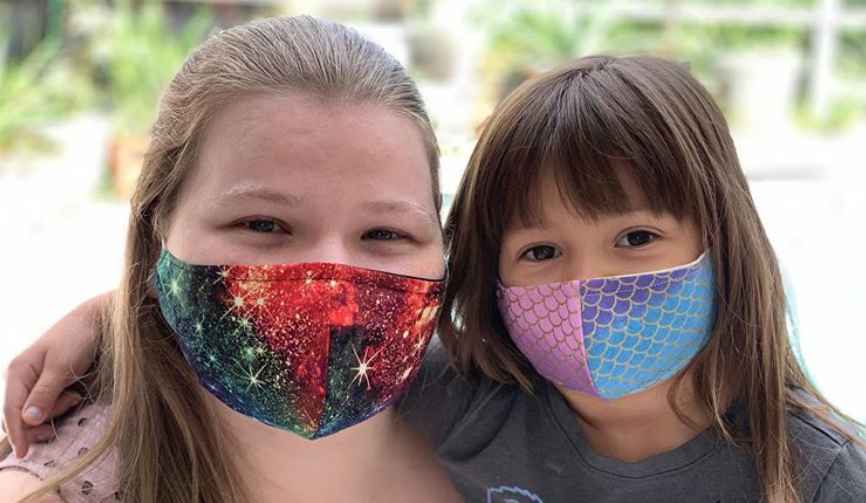 Many 90 Day Fiance fans have criticized Nicole Nafziger for abandoning her daughter, May while visiting Azan in Morocco. The fact that the COVID-19 pandemic caused her to quarantine with Azan doesn’t appear to matter to them. Still, now she is back home in the States, she is proud that May has lost another tooth and took to Instagram to announce this.

Fans will no doubt remember Nicole Nafziger when she first appeared on 90 Day Fiance around four years ago. At that time, she traveled to Morocco to meet her online love Azan. At that stage, May accompanied her mother on the trip. While the pair was hoping Azan could move to America, this never came about.

Nicole recently announced on Instagram that she and Azan will soon have been together for four years. She writes that it is crazy how much they have been through. “Ups and downs, rumors, tears, fights, love, connection, faith, Love” featured in her caption. Nicole says they have been through it all and are getting strong as a couple all the time.

According to Nafziger, their “journey is longer than others” but doesn’t make their relationship less true. She writes that one day they will never have to leave each other’s side and it will be amazing. Nicole writes “Until then I’ll continue to support you as you support me. I love you.”

Nicole stuck in Morocco during the COVID-19 pandemic

Nicole flew to Morocco in March to visit Azan shortly before the COVID-19 pandemic caused the country to lockdown. It was supposed to be a brief trip, so May didn’t accompany Nicole this time. Viewers criticized her for not being with her daughter when the madness started in the world. They said Nicole had abandoned her daughter.

Meanwhile, Nicole’s mother, Robbalee stood up for her daughter saying, “There was no abandonment.” She explained that May was “getting to spend some time with her grandparents while her mommy is away.” According to Robbalee, there was a lot more to the story than a simple answer.

Recently, Nicole was finally able to return home to the States. Still, followers on Instagram continued to criticize, saying they thought the US would have paid to fly Nicole home. Nafziger wrote on social media that this wasn’t the case. She wrote, “Haha, they’re paying for it?”

As noted by The Blast, Nicole explained that she would like to know where they said that. It turns out she had looked into it and it would have been two to three times the price of a normal flight. Plus, the US wouldn’t pay – the passenger would. Nicole said they all think they’ve got it figured out, but none of them had emailed the government to find out.

Since she arrived back home, Nicole has been enjoying spending time with her daughter May. They have recently celebrated an important milestone, as Nicole reveals with a cute image of May that her daughter has lost another tooth.

May lost another tooth today! We tied it up with dental floss and we’re going to slam the door but before we could she accidentally yanked it out! She was so worried it would hurt but didn’t even notice when she yanked it out!😂 For being so brave May got her first LEGO set today♥️ #LEGO #lostatooth

She wrote on Instagram, “May lost another tooth today! We tied it up with dental floss and we’re going to slam the door but before we could she accidentally yanked it out! She was so worried it would hurt but didn’t even notice when she yanked it out! For being so brave May got her first LEGO set today #LEGO #lostatooth”

Hopefully, Instagram critics will leave Nicole alone and allow her to spend time with her daughter in peace.