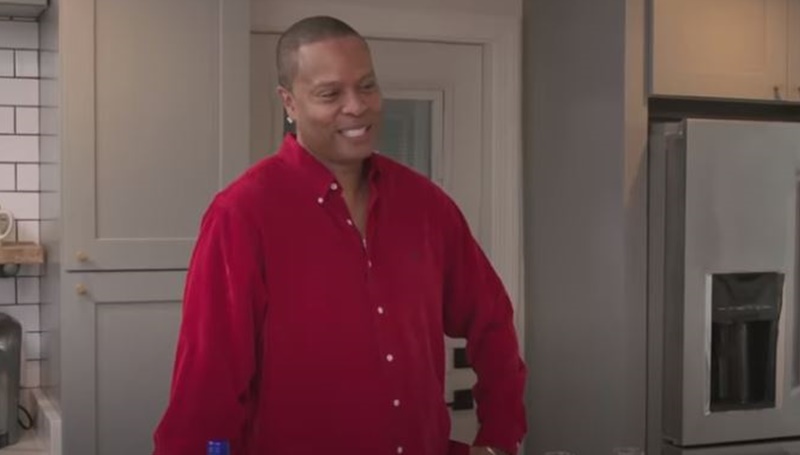 Marrying Millions fans wondered for a while if Rodney and Desiry fake their relationship. From the beginning of the season, fans thought he might not be attracted to women. Now, his mom seemed surprised that he dates a woman. So, fans think he should come out of the closet now, claiming that he’s not fooling anyone.

Marrying Millions – Should Rodney just come out of the closet?

We reported on August 6, that fans believed Rodney’s just not into women. He and Desiry kept their relationship a secret. But, just one episode in, fans slammed them as fake and going on the show for the wrong reasons. The fact that Rodney even kept their relationship secret from his mom seemed a bit off. But, after this week’s episode on Lifetime, fans feel there’s no denying his preferences don’t stretch to women.

After all, even his mom looked taken aback when he talked about a girl. Meaww reminds readers that Rodney’s mother visited him. Notably, the Marrying Millions star seemed cautious around her. She wanted to know about his personal life. After a wine or two, she asked him about his dating life. And, she seemed amazed he dated a woman. In fact, she told the camera she expected some other reveal from her son.

Rodney’s mom seemed to expect him to date a guy

Judging by the way Rodney’s mom emphasized “her” when talking about Desiry, fans think she expected he would date a guy. Plus, they heard her talking about a reveal shes been waiting for. If it’s the fact he prefers the same gender, fans think he should come out. Clearly, his mom already knows, or suspects.

One Marrying Millions fan noted on Twitter, “So Rodney’s mom just outed him. That’s all I needed to see. Momma always knows.” Then, another one wondered, “Mama knows Rodney! She just said so! She knows who you are! She’s waiting for you to say so. Maybe she thinks Desiry is a guy and this is how you’re going to tell her.”

As one fan pointed out, “Rodney it’s almost 2021, girl just be honest with yourself .” Others suggested he should come out and stop pretending. A fan commented, “What episode does Rodney come out of the closet in? Even his mom is waiting.” But, a few fans speculated that the “femininity” might just be an act. They suggested the Rodney puts it on to keep women away from his wealth.

Predictable responses are what drives Rodney. To me, he's smart. What better easy to keep gold diggers off your back then to act gay – yet keep grimy guys off ur back by being manly. I c it all the time in DC. WATCH N SEE. #MARRYINGMILLIONS

That might be a bit extreme. But, how many fans know the complexities of the Marrying Millions stars? Perhaps they really struggle with finding people who love them for themselves and not their bank balance. What do you think? Sound off in the comments below.