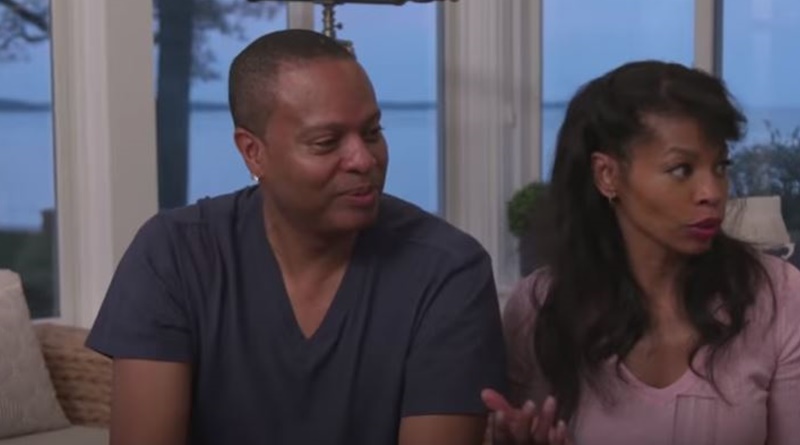 Marrying Millions Season 2 premiered on Lifetime on Wednesday, August 5. Ahead of the show, we reported that one of the new couples is “Desiry who works for a non-profit.” She’s broke, but Rodney’s wealthy and earns living a from the “wine industry.”  They live away apart on opposite coasts. And, they kept their relationship a secret so far. But, just one episode in, fans already slam them as fake and doing the show for the wrong reasons.

Marrying Millions – Rodney and Desiry get the attention of fans already

Usually, when the show airs, people suspect the broke person just wants the money the rich partner’s got. But, this time, both Rodney and Desiry get slammed. We noted in a previous article that despite being together for a few years, they still keep their relationship a secret. And, that even extends to Rodney’s mom. Desiry can’t even share photos of them together on her social media. But, after some time together, she wants a wedding, Or, at least an official engagement.

During the Marrying Millions premiere, people took to Twitter to say their feeling about the cast. A lot of that focused on Rodney and Desiry. One fan noted, “No, this sh-t FAKE AF! Rod wants 2 keep relationSH-T secret n Desiry don wanna bang?! Rod, u gayer than $3 bill and D dont want s-x b/c she Christian, yet she let her tits hang out in public?! Modest Christian, huh?! Someone looking 4 free TV exposure!”

Problems in the bedroom

Something else that comes off as a bit odd is related to the bedroom. Desiry doesn’t want Rodney to sleep with her. That seems a bit weird. After all, they never met yesterday. A fan wrote, “I don’t blame Desiry for not wanting to have s*x with Rodney, but for completely different reasons. If he wants her fully he needs to not keep her a secret.” Another fan wrote, “Ummm, Desiry girl, Rodney is not hitting the ball in your field. Catch the hint..”

Actually, quite a lot of Marrying Millions fans decided that Rodney prefers the same gender. Many people commented that they definitely think he’s gay. One said, “I came here to see if everyone else is thinking what I’m thinking about Rodney. Don’t know if he’s gay or trans but he is definitely queer. Sad that he’s hiding it. Maybe this show is his way of letting her know because it’s going to come out.”

Desiry and Rodney are going to stress me out. Their situation is RIDICULOUS. #marryingmillions

Why would they go on the show if they fake it?

If fakery’s the case, why would they actually go on the show? If this were TLC’s 90 Day Fiance, fans might think Desiry uses him for a green card or five minutes of fame. But, why would a wealthy person go on a show like this just for fame? Well, think about that for a second. Why would any of those wealthy people on Marrying Millions apply for it? They already tucked away pretty much everything money can buy. But, you can’t really buy TV fame.

What do you think about Rodney and Desiry? Do you think they come over as fake? Sound off in the comments below.