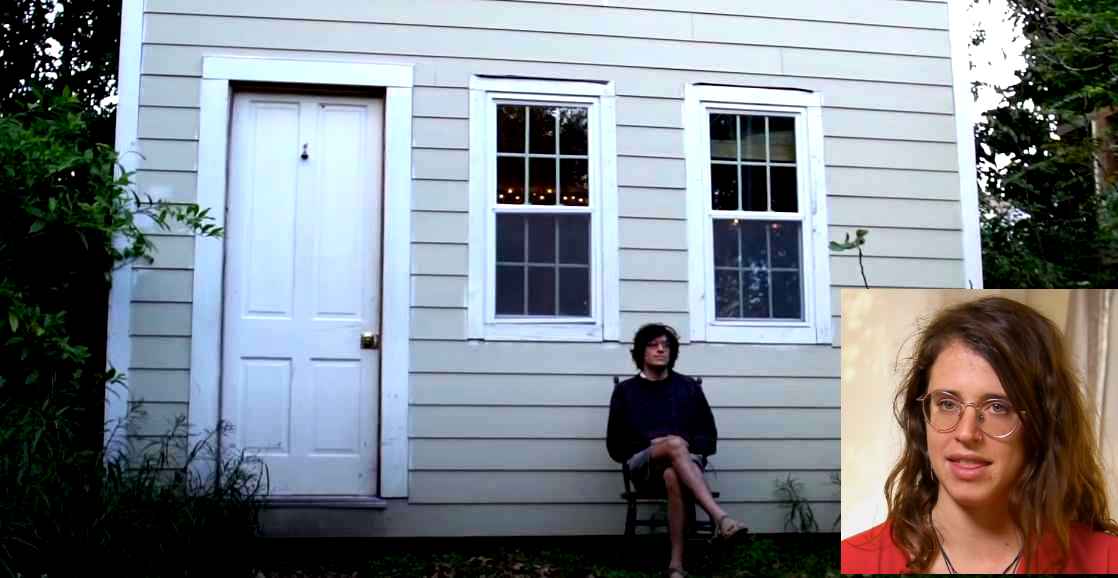 So far, Bennett Kirschner and Amelia Fatsi seem to be the perfect couple on Married at First Sight. At the wedding, they recognized each other as they had met before. However, fans wonder if the quirky couple’s relationship can survive Bennett’s tiny home in New Orleans.

Married at First Sight Bennett and Amelia and the tiny home

Most of the time, Bennett Kirschner and Amelia Fatsi seem the ideal couple. Fans can easily see why the experts put them together. It was amazing to find they had met before and felt attraction for each other. There is the problem that Bennett doesn’t want biological children as he believes this isn’t ethical. He would rather adopt, while Amelia would love children of her own. Admittedly, that is something they can work on as their marriage continues.

Amelia is shocked that she has to live in a tiny home in the latest episode of Married at First Sight. Bennett is rightfully proud of his home, as he built it himself. However, Amelia needs more space. Now fans wonder if the tiny home will be the proverbial straw that breaks the camel’s back.

Are Bennett and Amelia the perfect couple on MAFS?

Despite this latest roadblock, fans are rooting for Bennett and Amelia. According to leaks, this eccentric and quirky couple will be together on Decision Day. In fact, it is rumored they are one of three couples from this season that will decide to stay married.

As noted by Heavy, Bennett and Amelia have had serious chemistry all along and their relationship does seem to be growing stronger. This is despite the problems they have experienced so far. In fact, theirs if an interesting and unique relationship never seen on Married at First Sight before. Both are quirky, free-spirited people and fans wonder why they didn’t date when they first met.

That was a great episode, right Amelia?! 😆 Tell us your thoughts 👇 #MarriedAtFirstSight

It is still too early to predict whether Bennett and Amelia are still together. However, Heavy quotes an interview between the couple and In Touch, where they had nothing bad to say about each other. In the interview, Amelia said she told the experts what kind of partner she wanted. She described a partner who is “fun and excited about life.” Amelia added that “Bennett is definitely that.” She says she has never questioned what the experts were thinking when they matched her with Bennett.

Bennett with the groundbreaking questions. 😂 Tell us what 🍏🍒🍑🍍🥝 your spouse would be. #MarriedAtFirstSight

In the same interview, Bennett said how much he loves Amelia’s personality. He remarked on how well they clicked on their wedding night. Bennett said Amelia has all the traits he was looking for in a wife. Calling Amelia “a hoot,” Bennett says she makes him laugh. He says she is also ready to listen and “share space with others.” He said he “absolutely recognized these traits” is his new partner.

Married at First Sight experts made a perfect choice?

There are likely to be some bumps in the road in upcoming episodes of Married at First Sight. However, it looks like Amelia and Bennett have what it takes to persevere and give their marriage a chance. Their quirky personalities are similar and for the most part, they share similar interests and dreams in life. It would be truly wonderful if their marriage works, despite their tiny accommodations!

Watch Married at First Sight on the Lifetime Channel on Wednesdays at 8 pm ET.

‘The Bold and the Beautiful’ Spoilers, August 2-6: A Wedding For Steffy and Finn
Suki Waterhouse Defends Relationship With ‘Twilight’ Star Robert Pattinson
‘American Pickers’: Frank Fritz Did Rehab Before Getting Fired
Did Stassi Schroeder Bully Someone On Instagram?! What Happened
‘B&B’ Spoilers: Eric Forrester Does The Unthinkable – Proves He Is DONE!