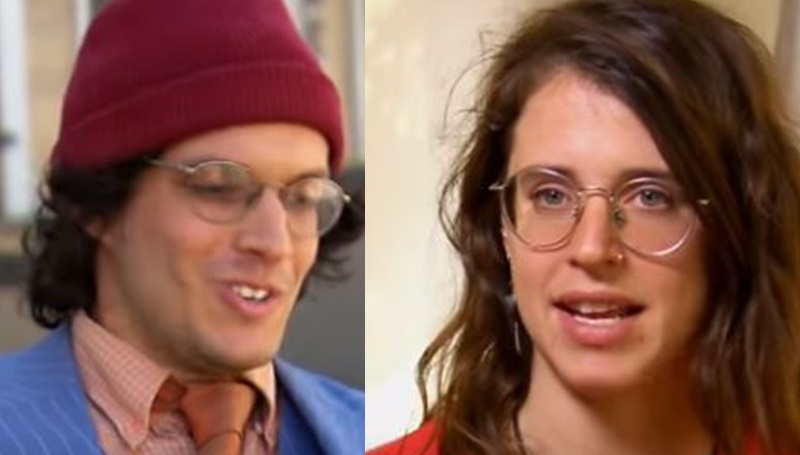 Married at First Sight fans adore Bennett and Amelia. Popular, fans hope that they make something of their marriage. But, fans hate that his feet looked so filthy, and then he had the cheek to tell Amelia to take off her shoes in the house.

Bennett and Amelia get more popular with each episode. They actually seem very well matched. And, apart from the fact that Bennet hates the idea of moving, they seem good together. Actually, depending on Amelia’s residency, they might need to move and he hates that idea. She graduated from medical school and not only moves every couple of years but loves making the change.

Fans fear that their storyline’s so good that Lifetime makes a meal out of the possibility of moving. So far, fans found little to slam the Married at First Sight couple. Briefly, they thought the fact she wants kids and he’s not keen might be a red flag. But, they put the idea on hold for another day. However, they finally found something to gripe about. Bennett’s got filthy feet!

Ok, so can we all agree that Bennett and Amelia just win #MarriedAtFirstSight! There is no, and has never been, a more suitable couple on this show. If they don't stay together the experts have to quit right?!? They are literally the cutest!

Bennett tells Amelia to take off her shoes

Bennett’s got a tiny, quirky, and cute little house. It looks like it was once destined as a garden shed. But, it’s got a few drawbacks. Although Amelia seemed delighted by the tiny pad, it has no bathroom or kitchen. That might explain why his feet look so dirty. Fans picked up on that straight away as he and Amelia go around barefoot. He told her he wants shoes off in his thimble-sized home.

Finally, fans got something they can troll on Bennett about over on Twitter. One Married at First Sight fan said, “So Bennett asked Amelia to take her shoes off when the bottom of his feet are probably just as dirty as the bottom of her shoes. The nerve. I can’t smell him but I’m not so sure about his hygiene. Maybe he just has dirty feet.”

Filthy feet a bring down

Other fans also mentioned Bennett and his feet. One said, “Bennett living like the Flint Stones. His feet looks like it been driving, I mean walking on dirt. He went from Clark Kent to Tarzan, (sic).” And, Amelia never escaped some criticism either. One fan commented, “Bennett and Amelia must smell like two heroin addicts who live under a bridge. They’re so dirty.”

One Married at First Sight fan said, “Bennett‘s dress…I mean nightgown lol he and Amelia are so cute together. Hopefully she’ll help keep his socks clean.” And another one noted, ” I love Bennett and Amelia – but if Bennett doesn’t wash his damn feet I might scream ‘GET A DIVORCE.'”

Bennett feet look like he marched across the Edmond Pettus Bridge with no shoes on!! 😂😂😂 #marriedatfirstsight pic.twitter.com/OaTk2fENtP

What did you think of Bennett’s tiny home? And those feet? Do they get the thumbs-down from you? Sound off in the comments below.