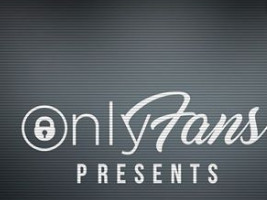 More and more celebrities are turning to OnlyFans to earn money amid the coronavirus pandemic. Initially, minor celebs like 90 Day Fiance stars and The Real Housewives of New York’s Sonja Morgan made accounts.

Further, Even mega-successful Kylie Jenner jumped on the OnlyFans trend. And now former Disney star Bella Thorne is wading into the subscription-based social media platform. And fans are NOT happy about it.

Please join us in giving a big OnlyFans welcome to Hollywood star, Award Winning Actress, Director & Best Selling Author, @bellathorne. The fabulously talented Bella will be connecting with her fans like never before, providing an insight into her exciting life, sharing exclusive content and offering a chance to see behind the scenes. Head over to meet her at: bellathorne #WelcometoOnlyFans

What is OnlyFans, Anyway?

If you haven’t heard of OnlyFans, don’t be embarrassed. The social media platform came out in 2016, but only recently blew up in popularity. Fans sign up for exclusive content from their favorite stars for a monthly fee. The fee varies. For example, Bella Thorne’s OnlyFans is $20 a month.

The celeb chooses what type of content to provide to their subscribers. However, most of the content is racy, including topless photos. Due to the nudity and adult themes, subscribers must be 18 or older.

Bella Thorne Rakes In $2 Million In One Week On OnlyFans

The Good Luck Charlie actress just joined OnlyFans a week ago. Within that time, she amassed over $2 MILLION from subscribers. In addition to their monthly fee, subscribers can send the creators additional monetary tips.

In fact, OnlyFans confirmed that Bella’s account broke records by earning $1 million in ONE DAY. The actress is so enthralled by OnlyFans, she plans to create a movie based on her experience. The Cut reports that the actress originally signed up as “research.”

Some fans took to Twitter to share their reaction to Bella Thorne’s $2 million venture. Many joked that they were going to start their own OnlyFans account.

Me posting my first only fans video after seeing Bella Thorne secure $2 million off of it pic.twitter.com/ihltdpRPRX

While fans are happy that Bella is earning money, they ask: at whose expense?

Bella Thorne capitalizing on a SW platform that is helping people get by during an economic collapse is shady as fuck.

Moreover, angry fans think Bella and other celebs are coming from a place of privilege. They call for the US to decriminalize prostitution if sites like OnlyFans are allowed.

I hope huge celebrities creating an OnlyFans and making huge profits inspires America to decriminalize sex work.
Bella Thorne is making millions within hrs while sex workers are dying each day due to the illegality of their profession. Change it!

Bonus documentary idea! You know what would be super cool research? If @bellathorne used her onlyfans account to promote other sex workers after she gathered her own stats. Now THAT would change somebody's life. 🥺❤

The actress did reveal that part of her intake from the subscription service will go to charity. She’s using The other portion to finance the above-mentioned movie.

What do you think about OnlyFans? Tell us in the comments if you think rich stars should leave the platform for adult entertainers.

As for Bella Thorne, she has several acting projects in the works, including the OnlyFans movie. Follow us on social media for more updates on your favorite television stars.

‘You, Me, And My Ex’ Alex Hines STILL Defending Relationship With Caroline
‘Bold And The Beautiful’ WOW! Finn’s Bio Mom Is A Forrester?
HGTV’s ‘Cheap Old Houses’: Release Date, How To Watch, Plot, Spoilers
‘The Witcher’ Season 2: Premiere Date, Plenty Of ‘Man Flesh,’ But No Bath Tub
‘When Calls The Heart’s’ Erin Krakow Wishes Lori Loughlin A Happy Birthday