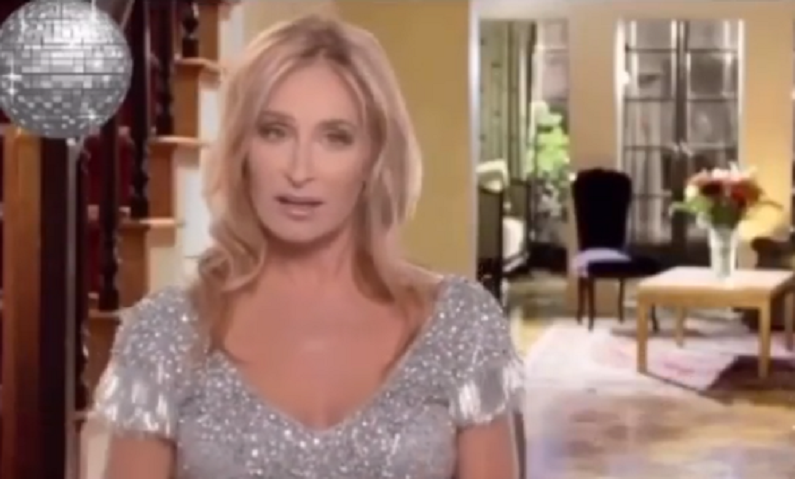 The Real Housewives of New York star Sonja Morgan is the latest reality star to have an OnlyFans account. The adult entertainment site allows people to share intimate photos and videos. Some people like the subscription-based social media platform the Cameo.

Sonja launched her OnlyFans account this week. She commemorated the moment by posting a new selfie of herself. This comes after Sonja admitted to having plastic surgery. She took to Twitter on Thursday, July 31 to announce the details of her OnlyFans account.

The RHONY star announced on Twitter that she’s “offering free membership” to her “exclusive content.” Sonja Morgan included a link to her profile. She’ll post rare content that’s not on her Instagram account, as per Page Six. Alongside the caption, the reality star shared a stunning photo of herself wearing a blush-colored dress and touching her hair.

As per The Blast, Sonja posted another photo of herself stretching out on Dorinda Medley’s couch and showing off her legs.

“Welcome to my OnlyFans site where my members are the first to see and hear what’s going on with me and those around me,” Sonja wrote. “This first picture was posted on my Instagram, however, the second is for you exclusively.”

She added, “What am I doing here without Dorinda? My house is rented for a month and Dorinda graciously lent me her place. Who does that? Oh right. Me!”

Sonja launched her OnlyFans account to get to know her fans. The Bravo personality plans to have Q&As, one-on-one engagement with her fans, and exclusive photos and content. Sonja is the latest reality star to have her own OnlyFans account. Other celebrities include her RHONY costar Dorinda Medley, Blac Chyna, and Safaree & Erica Mena.

Sonja Morgan is feeling herself these days. She’s been showing off the positive results of her plastic surgery. RHONY fans have been commenting on Sonja’s youthful look. She admits she got a facelift and neck lift because she “needed a pick me up.” In true Sonja Morgan style, she addressed the speculation over her new look and opened up about it on social media.

“It was a no-brainer – gravity had taken its toll, I was also exhausted and I needed a ‘pick me up,'” Sonja wrote. “I entrusted my face to the best @drjacono and he hit it out of the park. He uses a method called deep plane which goes under the muscle so your skin is still attached. Your blood flows and your face stays vibrant and heals fast.”

What are your thoughts on Sonja Morgan having her own OnlyFans account? Sound off below in the comments section.