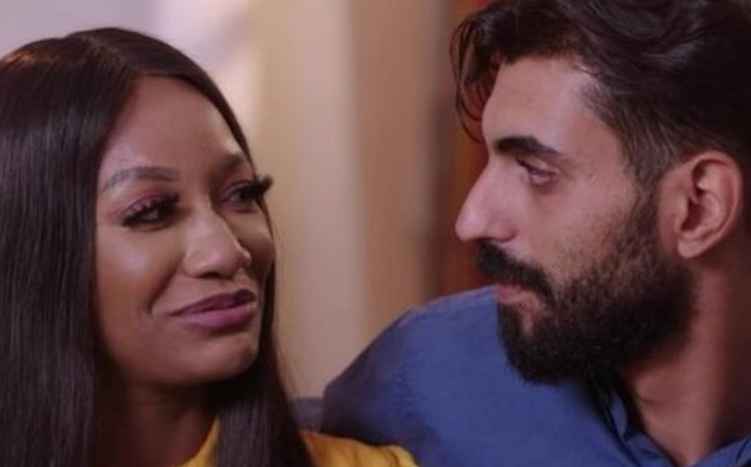 90 Day Fiance: The Other Way star Brittany Banks has been given an ultimatum by Yazan Abo Horira. She must make up her mind to convert to Islam within three days or risk losing Yazan forever. How will Brittany react to this ultimatum?

90 Day Fiance: The Other Way stars Brittany and Yazan at an impasse again

Brittany Banks’ move to Amman, Jordan, to be with Yazan Abo Horira hasn’t exactly gone smoothly. Let’s face it, she shocked the Muslim world while arriving at the airport with a bottle of alcohol and plenty of hugs. Brittany doesn’t exactly dress conservatively and having to do so in Amman is obviously hard for the singer. The thing is, Brittany moved to Jordan to be with her love, but obviously had no idea what she was getting herself into.

Brittany is giving Yazan's way of life a try… even if it means ruining her makeup!💄 See more of their life in Jordan on #90DayFiance: The Other Way, TOMORROW at 9/8c.

Banks hasn’t exactly been a fan favorite on the latest season of 90 Day Fiance: The Other Way, mainly due to her attitude. Both she and Yazan are hot-tempered, which obviously doesn’t help. In fact, they seem to explode at a moment’s notice.

Reportedly Yazan forgot to make it clear to Brittany before her move that he could only marry a Muslim woman. As noted by Screen Rant, now she is in Amman, he clearly wants her to convert to Islam before he will marry her.

In this week’s episode of 90 Day Fiance: The Other Way, Yazan and Brittany sit down for a meal together. Everything is lovely until, bam, Yazan gives his American girlfriend an ultimatum. In fact, he tells her she has three days in which to decide if she will convert to Islam.

Besides the meal and the ultimatum, Yazan has been teaching Brittany about the Muslim faith. Throughout the episode, he shows her various aspects of Islam. This includes going to the mosque with him. Once there, they are separated, with men on one side and women on the other. Brittany wears her hijab and listens to what he has to say about loving Allah. He also shows how to wash five times a day before prayer. This includes washing the hands, feet, face and mouth to be in her purest form. Brittany does joke about getting her eyelashes wet, but she still complied.

Brittany has made it clear in the past that she is not religious, but is more spiritual. However, everything is going beautifully between them until Yazan finally drops the bomb. He tells the TLC reality star that the only way his parents will accept her is if she converts to Islam. If she doesn’t do so within three days, their relationship is over.

Should we feel sorry for Brittany?

Bearing in mind, Brittany knew she was moving to a Muslim country to be with a Muslim man. Even if Yazan hadn’t said anything before about converting to Islam, shouldn’t she have expected this? Some fans feel sorry for her, claiming Yazan should have made this clear from the start.

I want you guys to tell me how you celebrate your holidays, regardless of your religion. You are all welcome to share your experiences and happy moments..#90dayfiance #tlc #yazan

Judging by comments on social media, other fans believe Yazan was having a good time when he first met his American beauty. They think the 90 Day Fiance star had no plans of marrying her at all. However, now she is in Jordan, things have changed drastically and become more serious. This is due to pressure on Yazan from his parents. Browsing her sensual and revealing Instagram posts, it is almost impossible to imagine Brittany converting to Islam, but maybe she can?

Fans will have to wait and see what happens next on 90 Day Fiance: The Other Way, which airs on TLC on Mondays at 9 pm EST.