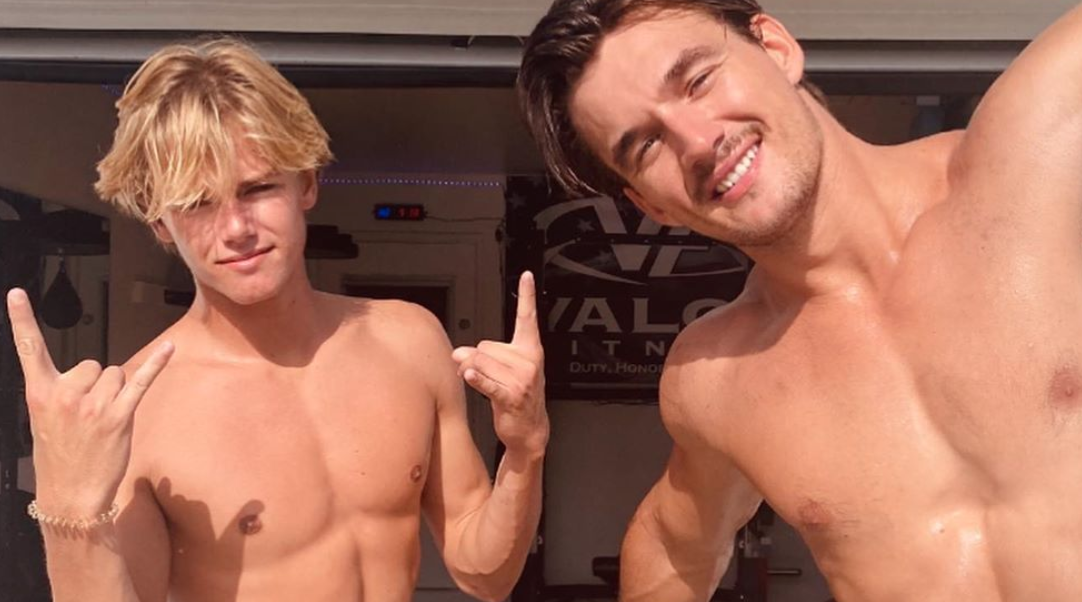 Tyler Cameron posted on Instagram, but this time he has an interesting guest in his photo. Who is the muscle man joining him in the photo?

Tyler posted on Instagram advertising for his new Youtube video tonight that will come out. In the photo, he features James McGrath, who will apparently also be a guest in the video. The two took several shirtless pics together to share on social media.

“New video coming out with my guy @itsjamesmcgrath tonight at 6 pm et,” Tyler wrote on the post. “He is the real John B! Who did the role reversal better?”

James is apparently a pro kiteboarder who is also from Jupiter, Florida. That’s where Tyler is from so it makes sense that they would know each other.

It sounds like they may be working out together in the video. James also posted on Instagram and captioned it talking about workouts that Tyler has been putting him through.

New video coming out with my guy @itsjamesmcgrath tonight at 6 pm et! He is the real John B! Who did the role reversal better?

“@tylerjcameron3 has been putting me through some serious workouts the last few weeks , I’m just trying to keep up hahah but man does it feel good . #stayonit #onitworld #consistency New YouTube vid dropping on his channel tonight 🤘🏼” James wrote.

There’s no telling what all will happen on the video tonight, however, if its anything like the Instagram post they both shared, it will definitely be worth watching.

Luckily for fans, Tyler Cameron has been putting out lots of content on his Youtube channel. Recently he even did a deep dive, talking about and rating his season of The Bachelorette. He revealed the last time that he actually blacked out when he met Hannah Brown, despite having practiced what he was going to say several times.

“[When] I see her, I basically black out,” Tyler explains. “I freak out [with all] the lights, the cameras. I’ve been, like, watching everyone else go all four times before me. I’m like, ‘Oh, I got this. I got this. Then I get out of the limo and I black out. I don’t even know what I’m saying. I’m talking out of the side of my neck,” Tyler revealed of that night.

The sad part for Tyler? He had to be the last man to meet Hannah. That definitely wouldn’t help with memory issues. He said he was ready to go at 5 pm, however, he didn’t get to meet Hannah until 11:30 pm.

Will you be watching Tyler Cameron’s new Youtube video? Let us know what you think in the comments below. Come back to TV Shows Ace for more news on all of your favorite Bachelor Nation stars.