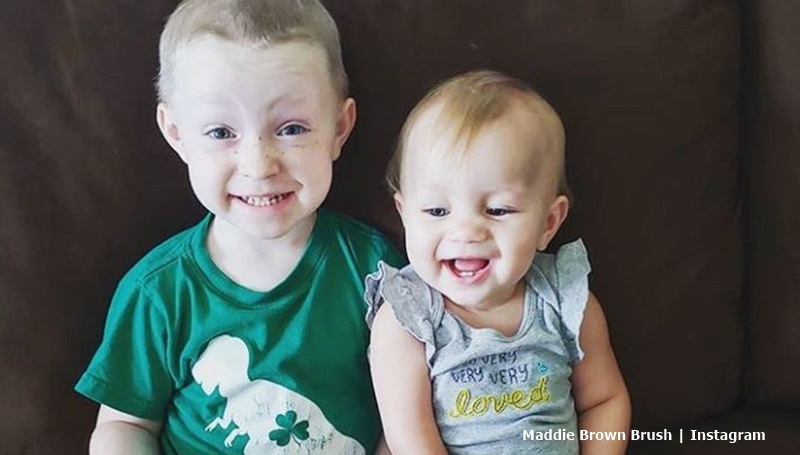 On Evie’s first birthday, Maddie shared a photo of her daughter on the beach. It looked like grandma Janelle Brown also made it to North Carolina for the celebration. Fans who responded to the post wondered how old kids with FATCO needed to be before starting occupational therapy. They knew from the beginning, that one day, she might need surgery as well.

In October last year, Today reminded fans that Maddie opened up about her daughter’s FATCO condition. She said, “She was missing three fingers, a toe and her fibula. She also had a bowed tibia, a shortened forearm and some fusing in her fingers.” The Sister Wives family decided that opening up about her condition might help raise awareness for the rare genetic syndrome. Now, she went for her first surgery and Maddie shared about that as well.

On her Instagram, Maddie shared a photo of her cradling her daughter after surgery on her foot. Naturally, the little girl looked a bit down. After all, she just got most of her foot chopped off. She also got some work done on her one hand. Maddie explained, “Her surgeon laid the groundwork for her new foot and mobility it will bring, by way of a boyd amputation. Another gave her some extra mobility in her hand, by clipping her webbing she had in her right hand.”

Next, the TLC star noted that Evie’s at “home and…recovering beautifully.” Radiopedia.org explains that the procedure involves cutting away a good part of the foot. However, it keeps the calcaneus and heel pad. This allows for complete weight-bearing and provides both stabilizations of the heel pad and suspension for a prosthesis.” However, Maddie Brown Brush never said when they expect that prosthesis.

Evie received some major gifts for her 1st birthday. Her surgeon laid the groundwork for her new foot and mobility it will bring, by way of a boyd amputation. Another gave her some extra mobility in her hand, by clipping her webbing she had in her right hand. She is home and is recovering beautifully. 💛🌼

Fans notice the stoic toddler took it quite well

Sister Wives fans think that Evie’s a real little fighter. One wrote, “Awe, she doesn’t even seem too bothered by all that. What a trooper!” Another one commented, “shes gonna do great! We all have your back and we are all here cheering her on! Shes got this! ❤️.” Obviously, many fans also sent in their thoughts and prayers for a quick and relatively pain-free recovery for Evie. Lots of them told Maddie Brown Brush that she’s doing a fantastic job as a mom.

One day, Evie gets a prosthesis attached so she can walk easily. Already toddling around, once she gets that new aid, no doubt, she’ll get herself into everything. It’s a big world out there and this little girl certainly seems to have all the necessary courage to start exploring it.