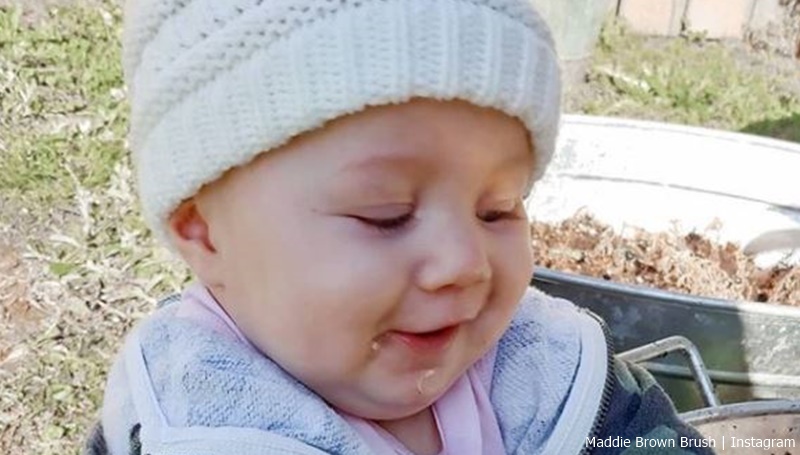 Sister Wives fans saw that in the last season of the TLC show, Maddie Brown Brush went through a hard time giving birth to her baby girl Evie K. Now Maddie and Caleb celebrate her first birthday. Possibly because the show gets filmed way in advance of being aired on the network, it feels like only a few days since Evie arrived.

We reported a month ago, that Janelle Brown managed to get away from Flagstaff and visit Maddie Brown Brush in Carolina. Fans know that Janelle’s particularly close to her grandchildren, Evie K and Axel. She shared a lot of photos of the family out and about enjoying fun together. And, possibly she made it to North Carolina for her grandchild’s special day. She reposted Maddie Brown’s photo of Evie playing on the beach.

On her Instagram, Maddie shared a cute photo of Evie on the beach, The Sister Wives’ daughter noted, “Happy 1st Birthday to my little spitfire ray of sunshine! It’s crazy how quickly this year flew by. 🍋🌼💛.” Plenty of fans agreed that time flew by. Others noticed that despite her FATCO syndrome, Evie looks very well, Some of them wondered if she attends occupational therapy for it yet.

Many TLC fans recalled the day they saw Maddie give birth on the reality TV show. They watched her in pain in the bathtub just hoping Caleb would come soon. But, they set aside the vicarious trauma of witnessing that and wished Evie K and her mom the best on this special day. One of them also parents a child like Evie.

The Sister Wives fan wrote, “Happy birthday, beautiful girl!!! I’m a momma of an exceptional 1 year old as well. Thank you for sharing your story! It’s so nice to not feel so alone! Hope you have a wonderful day celebrating this beautiful little soul!!!❤️❤️❤️.” Actually, fans love that Caleb and Maddie opted to talk publically about their daughter’s challenges.

Happy 1st Birthday to my little spitfire ray of sunshine! It's crazy how quickly this year flew by. 🍋🌼💛

On Janelle’s post, one fan noted, “She’s so adorable!! Did I see a post that she’s walking already? Happy birthday Evie! 🎊🎉🎈.” And,  Maddie’s mom confirmed the good news. It’s good news, as Maddie told TLCme, “As far as we have been told, there are fewer than 10 recorded cases and it’s unclear what causes the condition. She is healthy in every other way aside from the missing bones.”