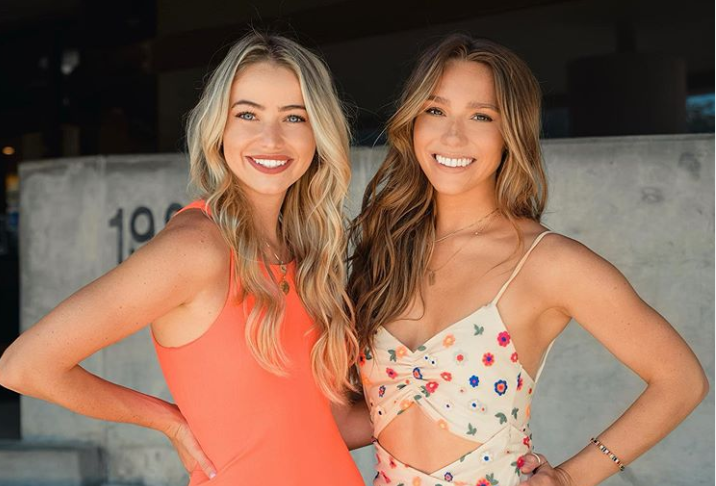 Love Island is back for a second season and fans couldn’t be more excited! Even though the show is back, fans still miss seeing the islanders from the first season of Love Island USA. A brand new YouTube series called After The Island is coming that is hosted by last seasons Elizabeth Weber and Alex Stewart.

Fans absolutely love both of these past islanders. Viewers think that they are a perfect fit for this after the show series, considering they are two of the favorites of the first season. Will they bring any of the previous islanders back on this after show as special guests? If so, who do you think they will bring on After the Island? They have both announced the series on their Instagram’s and have made an additional Instagram account for their show @aftertheisland.  The series will premiere tonight at 5 EST after tonight’s episode!

What can you expect from these Love Island girls on their new show?

Elizabeth Weber shared about it on her Instagram. She said, “I could not be more excited for the new islanders tomorrow beginning their journey to love. I’m so thankful for all the amazing relationships I’ve been able to make from @loveislandusa and especially for my friendships. @alexstewart11 and I are so excited to kick off our series @aftertheisland today on YouTube and so happy to have all of your support 🙏🏼💞🌴 #loveislandusa.”

Alex shared a bit more and said that they will talk about the show and their friendships. Even though she didn’t find love, she said she got her best friends from Love Island. You do not want to miss what these girls have to say.

How are their lives after the show?

Sadly, both of these girls are single and are no longer with their matches from the island along with all of the other couples from the first season. Even though Love Island didn’t bring them their life long partners, it did bring them some good life long friends.

All the girls from the past season are constantly hyping each other up in the comment section on their Instagram posts. At least they got something good out of the experience and not just a broken heart. Elizabeth and Alex have been hanging out more and fans can see on Instagram that they seem to be best friends, now we know why.