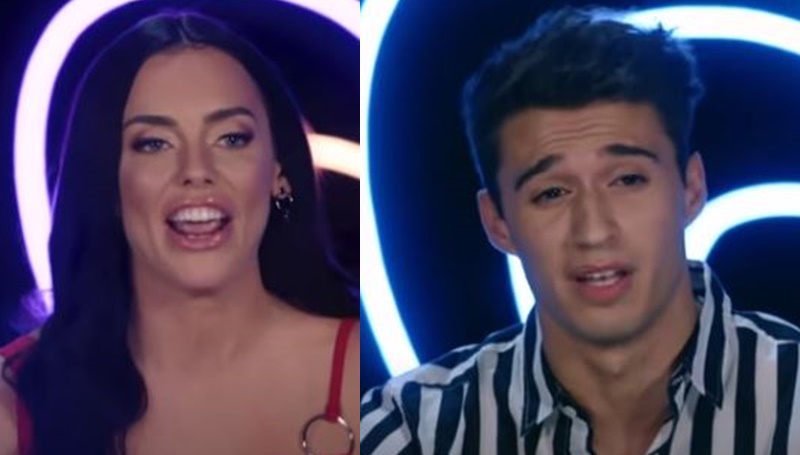 Love Island premiered on August 24. Carrington Rodriguez, a 22-year-old sales manager, and Kaitlynn Anderson, who works in promotions feature in the new season. And, Carrington managed to really put fans off him in a big way. It came in the first episode of the CBS show.

Carrington just came ever as very odd. He came into the show brim-full of confidence. But, the way he treated Kaitlynn seemed a bit off the mark. Arielle Vandenberg, as usual, introduced him, along with the other cast members. Kaitlynn seemed rather keen on him from the start. But, he virtually ignored her. Instead, he went around with much bonhomie, greeting all the other guys.

In fact, the Love Island newcomer practically snubbed her at first. Well, the other guys didn’t as Kaitlynn looked rather attractive. So, some of them made their moves in her direction. Then, Carrington suddenly came over as Mr. Proprietary jealous guy. After subbing her, he just pushed Johnny aside, grabbed the woman he couldn’t be bothered to acknowledge and delivered a long sloppy kiss.

Fans notice that Carrington wouldn’t even look at Kaitlynn, but handled her like his personal property. Some of them immediately saw plenty of red flags in his behavior, Meaww noted. Over on Twitter plenty of people felt the same way about him. One fan noted, “I knew I was going to hate carrington the moment he said he’s an alpha male and he gets what he wants.”

One person asked if they’re the only one who “doesn’t like Carrington.” Well, they needn’t worry about that. Plenty of Love Island fans already got put off by him. Nobody liked his massive ego and his “f–kboy attitude.” One fan even noted, “I’ll give 100k to whoever punches Carrington in the face first.”

Fans put off by the sloppy kiss and jealousy

Other people talked about how Carrington acted like a petulant teenager with Johnny. And, you can’t blame Johnny for trying. After all, Carrington showed little interest in Kaitlynn until Johnny talked to her. Marking her like a dog peeing on a tree, that’s when Carrington decided to make his move with the kiss. One follower noted, “Carrington only kissed caitlyn to mark his territory.”

Not feeling anything Carrington is saying. His moves.. no eye contact, hand on leg, and weird kiss. Hard Pass #LoveIslandUSA

Mind you, the other guys also acted a bit like teens competing in the locker room. Others also kissed Kaitlynn. And, that also showed a lot of disrespect which seemed to come from Carrington setting the tone. A Love Island fan hated Carrington for it. They wrote, “1st episode and Carrington is already #cancelled That kiss…so #cringeworthy Can you say desperate?”

What did you think of Carrington? Did he raise red flags for you? Sound off in the comments below.