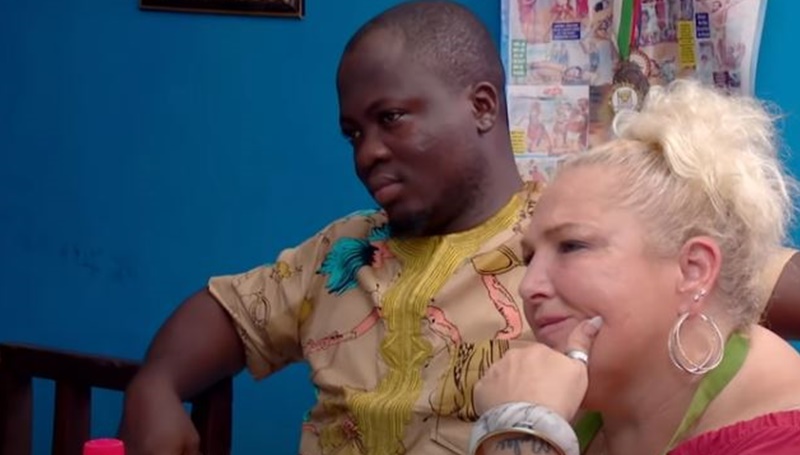 90 Day Fiance: Happily Ever After? fans see that Angela and Michael seem in a very bad place. In fact, Angela’s not interested in marrying Michael under submissive Nigerian culture. Actually, many fans can’t imagine a “submissive” Angela. Now, Usman, aka Sojaboy, also a Nigerian, chipped in his thoughts about their relationship.

We reported that Angela just about flipped her lid once and for all with Michael and his family. It came when they went off to see a Nigerian marriage counselor. They went there for marriage approval. During the episode, the counselor told Angela more than once about submission. In fact, she told her “full submission” makes or breaks their wedding. In fact, she told the TLC star that “When he comes back, the food is ready. The bed is laid properly.”

That went down like a ton of hit bricks as 90 Day Fiance fans expected. Making it even worse, his aunt went on about how she doesn’t trust Angela. Back in the USA, she might dump the “submissive” part in her relationship. Fed up with it, Angela decided no way she’s marrying into that sort of culture. And, she even told Michael to just get out of her life. But, Usman, thinks she should reconsider.

Usman weighs in on Angela and Michael

Usman spoke with InTouch Weekly about it. He thinks that they might make a successful couple. Plus, he believes that Angela comes over as totally unscripted on the show. He admires her straight forward attitude. Usman likes that she speaks her mind about her “expectations.” Not hiding anything, she seems honest.

Saying that he thinks the 90 Day Fiance couple “make a good match,” he also mentioned Michael.  He said, “Michael is a good person as well, I’m not saying this [because] he is a Nigerian like I am, but [because] I’ve seen it and know that for sure.” Well, he might be a “good person,” but Angela wants a 50.50 relationship. And, like many of her compatriots, total submission seems very unlikely.

Fans talk about Angela and Michael

On social media, fans hate the idea of submitting. One person on Twitter noted, “Michael needs to stay in Nigeria…If she’s tired of his culture then she needs to marry an American.”Another one pointed out, “Angela’s crazy but she’s always been upfront to Michael about how she’ll be as a wife.”

One 90 Day Fiance realist wrote, “I really wish Michael’s mother would tell Angela to kick rocks. Big old American rocks. They are not going to be 50/50 equals. If anything, Michael will have to be submissive to Angela.”

Do you see any hope for Angela and Michael? Submitting fully seems really off the cards for Angela. Sound off your thoughts in the comments below.