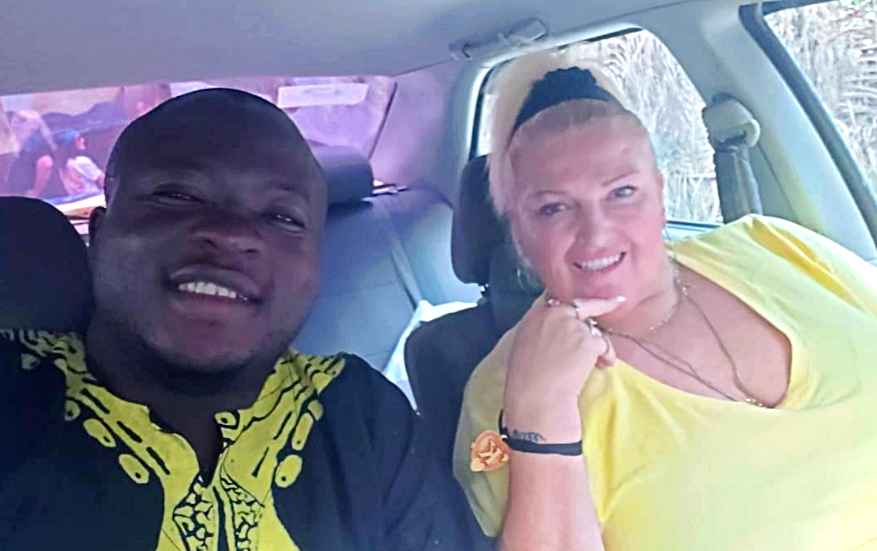 Sunday’s episode of 90 Day Fiance: Happily Ever After? saw Angela explode at Michael and his Aunt Lydia. This is after the couple saw a marriage counselor to get their wedding “approval.” Angela is told she needs to be “submissive” if she wants to marry a Nigerian man. This American woman says no way.

90 Day Fiance: Can Angela be submissive to Michael?

Angela, 54, and Michael, 31, have a rough time on the latest episode of 90 Day Fiance: Happily Ever After? First, they have to visit a marriage registrar for counseling and approval of their union. This is a tradition in Nigeria and all couples have to go through it.

During the ride, Angela asks Michael if she can talk about their sex life. When she mentions the handcuffs and “penis warmer” she brought with her to Nigeria, an embarrassed Michael says, “No.” She manages to keep her cool at the meeting, despite the fact she was told to be “submissive” to Michael. Angela also turns down the type of marriage where Michael could take more wives.

They do end up talking about their sex life, though. This was after the woman registrar advises Angela to satisfy Michael sexually. She says if she does this, he won’t cheat on her. When she asks the registrar if Michael can have “side chicks” when she is home in the U.S. she is told emphatically, no. The woman tells her to “make him happy.” She says, “When he comes back, the food is ready. The bed is laid properly. Total submission.” She repeats “Total submission” twice more for emphasis.  As noted by ET, these are not exactly the words Angela wants to hear!

Talking to the cameras, Angela says what the woman told her and Michael is “bulls**t.” While she does appreciate what the counselors have to say, Angela says this is not how things are going to go.

Angela continues by saying she has told Michael over and over that if he really wants a totally submissive wife, he needs to rethink this. He mustn’t think he can come into the relationship as her husband thinking she will change, because she won’t.

When Angela and Michael meet with his Aunt Lydia later, they speak about their visit to the registrar. Once again, Angela says there is no way she can be “submissive” to Michael. She tells Lydia that back home in America, women can do the same jobs as men. This means they are equals.

Lydia points out that women can do the same job as men in Nigeria too, but they must still be submissive. Michael makes the mistake of agreeing with Lydia, which upsets Angela. She accuses the 90 Day Fiance star of putting on a different face for his family. While saying she means no disrespect, Angela says that in front of Aunt Lydia, Michael is not who he tells her he is. In fact, she says he is “shooting her a bunch of bull.”

The TLC reality star says she is not going to be submissive and this is why she is scared to marry Michael.  She says if he thinks he is going to come over to America, live with her and she’s going to bow down to him, think again. Angela is not bowing down to him or any other living man or woman.

Speaking to the TLC cameras, Angela says she told Michael this at the beginning of the relationship. She was truthful with him and now finds it frustrating because she doesn’t know if he is lying to her about the being submissive issue, or lying to his family.

When you can't believe what you're hearing… #90DayFiance pic.twitter.com/wNZV6issPb

The meeting with Lydia ends with Angela yelling at Michael, accusing him of raising his voice to her. She says he is doing this because he is in front of his aunt. This clearly upset Lydia, who is disturbed by Angela’s outburst. She turns to Michael to ask him why he was letting Angela control his life? Lydia says he is bringing down his honor. Lydia turns to Angela, telling her that she does like her, but with this type of attitude, the marriage cannot work. Speaking to Michael, Lydia says if Angela behaves this way in Nigeria, what makes him think her behavior will change in the States? She tells her nephew she is truly scared for him.

Angela totally loses it and turns to the cameras as she walks away. She says Lydia literally told her she is not going to be Michael’s wife. “So, guess what?” she says, Lydia is not going to be her f**king aunt. She continues by saying she is sorry Lydia has to kiss her husband’s a**, but she’s not doing it.

After saying the wedding is off, Angela mentions that red flags were there from the start. She adds that people can call her an idiot because that is exactly what she will be if she stays in this relationship.

The preview for next Sunday’s episode shows Angela shouting at Michael again, back in their apartment. It looks like she is ready to kick him out. Fans wonder if there is any hope for this relationship at all.

Keep up with Angela and Michael’s rocky journey on 90 Day Fiance: Happily Ever After? on Sundays at 8 pm on TLC.

‘RHONJ’ Season 11 Episode 2 Recap – February 24
Why Did ’90 Day Fiance’ Star Mike Hide Local Ukrainian Community From Natalie?
Where Do Meri Brown and Maddie Brush Stand In Their Fued?
Ryan Sutter Is Getting Back To His Best And The Gym After Mystery Illness
Tiffany Franco Smith Reveals Cute Photobomb