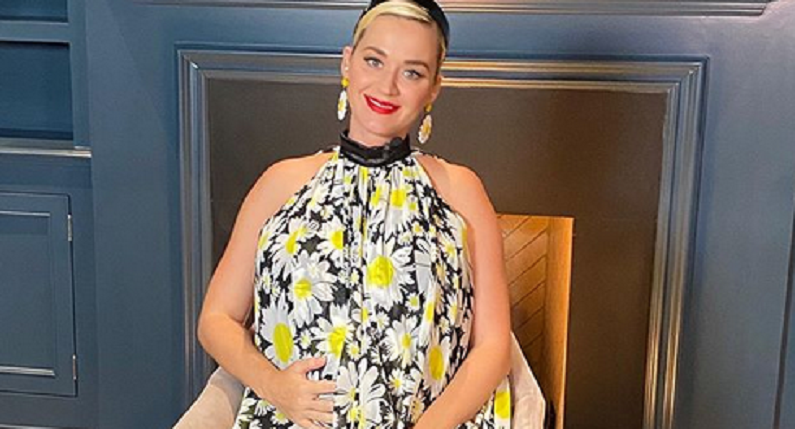 Katy Perry has been pregnant for 10 months. The singer is set to give birth any second now. But her pregnancy is taking as long as the release of her fifth studio album, Smile. As fans know, the long-awaited album is held back due to the coronavirus pandemic. Earlier this year, Katy dropped a new song and announced that she’s pregnant.

The “Daisies” singer is having a baby girl with fiance Orlando Bloom. She’s been working tirelessly up to the due date. However, Katy is ready to give birth. She wishes that her daughter would make her grand entrance into the world already. What will come first — Katy’s new album or her baby?

Back in March, the pop star announced her pregnancy to the world in her music video for “Never Wear White.” For fans, it feels like Katy Perry has been pregnant forever. That’s because she has been. She took to Twitter to reveal that she’s been pregnant for about 10 months.

“petition: to have all movies/tv shows etc update the fact that it’s 10+ months instead of 9 months pregnant,” she tweeted with the annoyed emoji.

I said the music must go on AND I meant it – but the music videos must go on too! 💅🏻 Take a look at how we (safely 😷) made the official #SMILE video come to life! 🤡🎮

While 10 months (i.e. 40 weeks) is normal and common for most pregnant women, it’s clear that Katy is ready to become a mom. In previous interviews, she expressed her interest in motherhood. She felt that she was “ready” for this moment and that it was all part of her plan. The American Idol judge also feels that her colorful career has led her down the path to becoming a mom.

But it could happen this week. After, Katy’s album is out this Friday. Fans will get some special news for sure. Not only will they get to enjoy her new album, but they’ll also learn the news of her first-ever child.

What will she name her baby girl?

Katy Perry can’t wait to meet her daughter for the first time. She already has a long list of potential names. In an interview with ET Canada, she revealed one name she might choose from her new album’s tracklist. When asked whether she would consider naming her baby after one of her singles, “Harley’s in Hawaii,” she had to make a note of it.

“I’ve never thought of Harley…ever!” she said, as quoted by Hello! Magazine. “Wow! Harley is a great name! Harley Bloom. Hold on… excuse me I’m writing it down.”

Other possible names that Katy would like to consider are Fleur. She loved the host’s name Fleur East and was so inspired by the name that she had to include it on the list.

Happy #SmileSunday! Here’s a not-so-subtle hint at what’s coming today 🙃 See you at noon PT / 3pm ET on live.katyperry.com to see more of 👆🏼 and MORE! 🤗

Katy seemed really interested in the name idea. She revealed that she would pass it onto Orlando. Despite the long pregnancy, she wants to have more children in the future. She doesn’t want to stop there.

“It’s not like I’m not just going to have one, I think,” Katy continued. “I mean, I hope, I hope! Let’s see what the universe has in store for me but I think this is going to be on my ‘forever’ list.”

Orlando is also looking forward to welcoming their baby soon. Recently, Katy gave fans a tour of her daughter’s nursery, which some found bizarre. She dressed up as a clown for the entire video.

Check back with TV Shows Ace for the latest news and updates on Katy Perry.