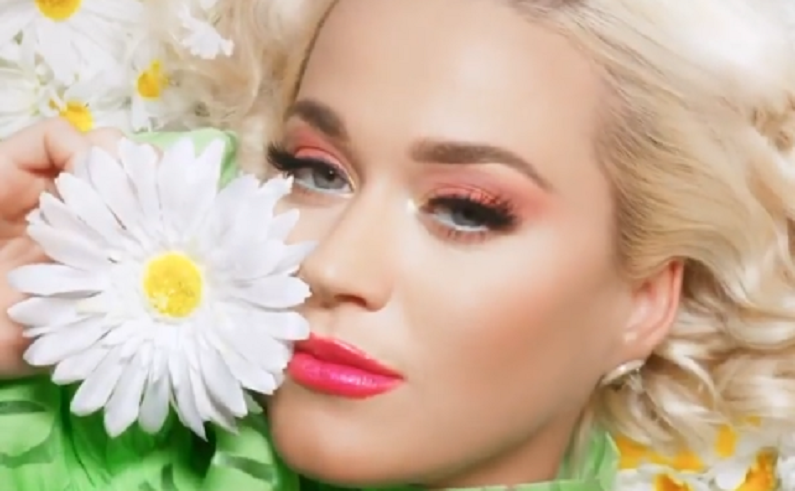 Katy Perry is expecting “two babies” soon. She’s gearing up for the release of her new album and her baby’s arrival. August is expected to be a busy month for the first-time mom. The American Idol judge will soon welcome her baby girl with fiance Orlando Bloom.

In addition, her new album, Smile, drops on August 28. In a new interview with ET Canada, Katy joked that she’s “delivering two babies” this month. The mom-to-be has been actively promoting her new album. She just released the official music video for the title track this week. She’s also been holding weekly sessions with her fans.

In an interview with ET Canada, she talked about her pregnancy and a new album, according to Hello! Magazine. But she teased the due date for her baby. Katy has kept that information on the down-low, but she’s expected to deliver some time this summer.

“I’m delivering two babies,” Katy exclaimed before adding, “I have an album coming out 28 August called Smile and a daughter coming out whenever the hell she wants to!”

Regardless, that hasn’t stopped Katy from working right up to the birth of her daughter. She’s shared several social media posts over the past few weeks. The pop star wants to stay in touch with fans, especially when she’s got a new album to promote. The “Daisies” singer talked about potential baby names she’s considering.

I’ve always wanted to sit down and talk about all the levels with the oh-so-perceptive @zanelowe. This is one of my favorite interviews of the whole #Smile era. Listen tomorrow at 10am PT only on @applemusic 🍎 Link in bio

While Katy and Orlando have a list of baby names, she hasn’t ruled out creative inspiration. She would even consider naming their baby after one of her songs. The reporter suggested that she should name it after her single, “Harley’s in Hawaii.”

“I’ve never thought of Harley…ever! Wow!” Katy said. “Harley is a great name! Harley Bloom. Hold on… excuse me I’m writing it down.”

Katy also expressed an interest in having more children down the line. “It’s not like I’m just going to have one, I think.” She feels that giving her baby girl more siblings is part of her “forever list.”

Katy Perry and Orlando Bloom already have a loving family. The Pirates of the Caribbean actor has a 9-year-old son, Flynn, from his previous marriage with Miranda Kerr. So, their little girl will already have an older brother.

Orlando previously shared his son’s reaction to having a little sister. In his interview with Hello! Magazine, the actor revealed how excited his son his to meet her.

“Flynn couldn’t be more excited to be getting a little sister — he’s already got two brothers from Miranda,” Orlando said. “So although the circumstances are definitely usual, this is a wonderful time for us.”

I said the music must go on AND I meant it – but the music videos must go on too! 💅🏻 Take a look at how we (safely 😷) made the official #SMILE video come to life! 🤡🎮

The Carnival Row star said that the couple has already chosen the right hospital. But they’re also open to having a home birth.

“We’re taking it day by day,” he explained. “We have a hospital picked out, but every other option is on the table, because it needs to be. Katy’s sister had home births and it’s not something she’s afraid to do if she needs to.”

On Sunday, August 16, the singer gave her fans a “sneak peek” into their baby girl’s nursery. It features modern and minimalist elements, with lots of whites and pinks throughout. But the strangest part of the nursery tour was that Katy was dressed as a clown, which is the theme for her new album.