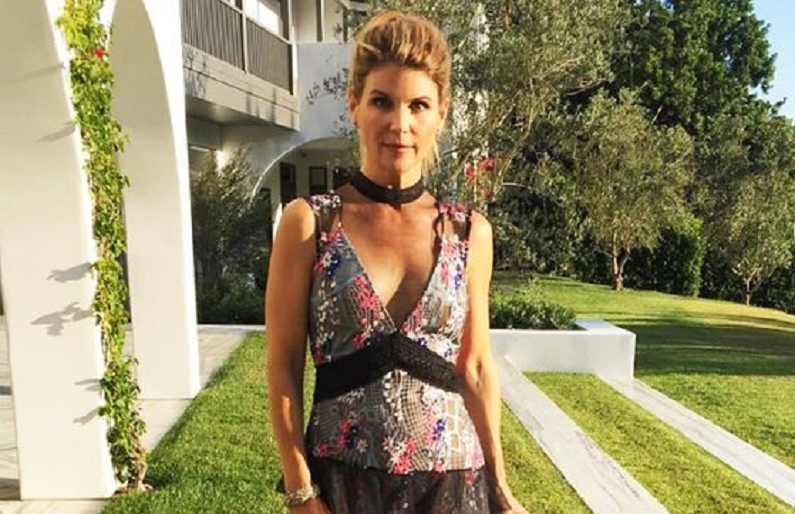 As TV Shows Ace reported, Lori Loughlin was physically and mentally preparing herself for prison. She could face jail time for her alleged role in the college admissions scandal. The former Fuller House star is accused of paying $500,000 in bribes so both of her daughters could get acceptance into USC. Lori could face up to 10 years or more in prison if she’s found guilty.

But it looks like the law could be on her side. The couple has reportedly put their house up for sale, which means they could use the money. New reports claim that Lori Loughlin and her husband Mossimo Giannulli could get the justice they’ve been seeking. There is also damning evidence that could swing the case in their favor.

As Fox Business reported, the couple has put their house on the market. They are looking for $28.7 million for their Bel Air mansion. Why is this such a big deal? This could be bad news for the couple since they need the extra cash for their legal fees.

However, TMZ claims that their decision to put the house on the market has nothing to do with the ongoing college admissions scandal. Sources close to the couple claim that they purchase a new house every three to four years. Mossimo has a passion for interior design and real estate.

Lori and Mossimo purchased the home in 2015 and tried to list it for $35 million, but they pulled it from the market in 2018. The home is listed under The Agency’s Arvin Haddad, according to another report via Entertainment Tonight. Haddad has not responded to the media for comment.

Actress assumed payments for each daughter went directly to USC

The couple is also feeling optimistic. As TMZ reported, the attorneys revealed that their evidence could change their case. Lori and Mossimo claim that they assumed the money they paid for each of their daughters went directly to ringleader Rick Singer’s charity and other programs at USC. The couple is desperately trying to fight prosecutors in the case and claim that they never agreed to making “bribe payments.”

As People reported, Lori and Mossimo accused prosecutors for failing to provide “exculpatory” evidence that could prove their innocence. Both the actress and her husband claim that this evidence has been withheld since May 2019. The evidence includes statements from William “Rick” Singer who’s also the man involved with the college admission scandal.

The court documents also reveal that Singer spoke with FBI agents. He told Lori and Mossimo “that the first $50,000 for each girl went to USC.” Singer said that the couple “thought their payment of $50,000 went directly to USC’s program.” Singer also claimed that the money that went to his charity was to help with a USC program.

Both fans and legal experts have been criticizing Lori for failing to cooperate with prosecutors. But now, it looks like there was a good reason for her lack of cooperation.

What are your thoughts? Do you think Lori Loughlin can prove her innocence? Sound off below in the comments section.