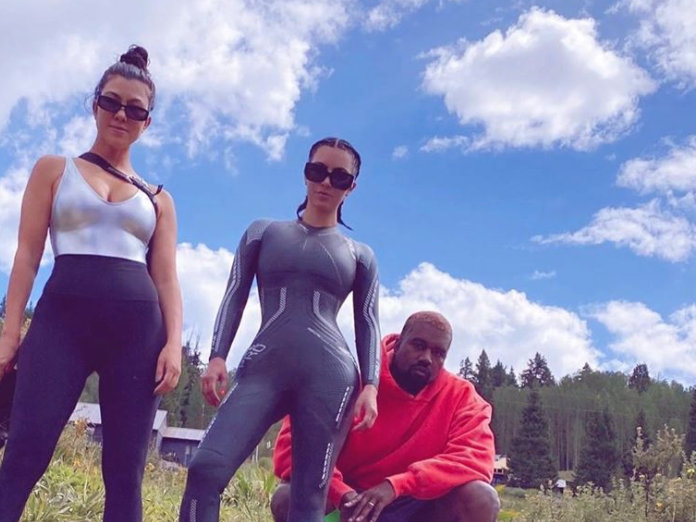 Kim Kardashian and Kanye West have hit a rough patch in their marriage. However, they were spotted out as a family as they took their daughter, North, paddle boarding.

According to Daily Mail, Kim Kardashian and Kanye West seem to be hanging out together. Apparently, they took their daughter, North, paddle boarding. They weren’t the only ones there though. They were joined by Kim’s sister, Kourtney Kardashian, her son Mason and her ex-boyfriend, Scott Disick.

Kim Kardashian shared the journey on her Instagram and it looks like they had a great time together. Despite everything going on, everyone looked great and smiled pretty for the camera. Probably not something that was too easy right now.

There’s really no telling how their relationship is going now. Fans can only hope that this is a good sign.

What’s going on with them?

Ever since Kanye started his run for president, he and his wife have been struggling with their marriage. This all started when Kanye blasted out private information during a rally about Kim and her pregnancy with their daughter, North.

Apparently, they decided to take a family vacation to try and salvage the marriage. It was originally Kanye’s idea, but since Kim will do anything to save her marriage, she went along with it.

“Kanye suggested that they take a family trip together and Kim agreed. She wants to do everything she can to save her marriage,” a source reports.

However, things got interesting after they returned. While it seems the vacation might’ve helped, they are now living apart. Apparenlty Kim Kardashian went back to LA for work while Kanye went back to isolation in their cabin in Wyoming.

Through all the ups and downs and fighting though, Kanye is still determined to run for president. A source reports that no one will be able to change his mind on this.

“Kim still seems focused on making her marriage work. She is pretty quiet about her exact plans for the future, but for now she seems okay with Kanye living in Wyoming,” the source says. “He is moving ahead with the presidential campaign. This is a decision that no one can change his mind about.”

Do you think Kim Kardashian and Kanye West will stay together? Or, will the presidential campaign ruin it all? Let us know what you think in the comments below. Come back to TV Shows Ace for more news on all of your favorite members of the Kardashian family.