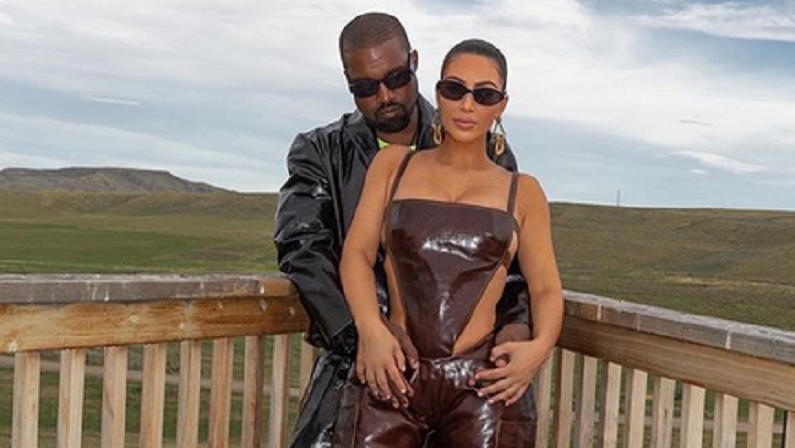 Kanye West’s rants made Kim Kardashian “upset” and “furious.” This comes after his controversial statements made during his South Carolina rally over the weekend. Both Kim and her family are concerned about the well-being of the rapper. Multiple sources are coming forward on Kim’s thoughts on Kanye’s presidential bid. And it doesn’t look good.

The rapper made several controversial comments during his presidential campaign rally in South Carolina. During the event, the rapper revealed that he and Kim discussed the possibility of having an abortion. She was pregnant with her first child, daughter North, at the time. He also said he fears that Kim might divorce him following the speech he gave on Sunday.

Happy Fathers Day to the best dad!!!! Thank you for making life so much fun! You give our kids the most awesome life! I love you so much!!!

Kim Kardashian is not happy with Kanye West

An insider told Entertainment Tonight Kanye upsetted the Keeping Up With the Kardashians star. She didn’t like some of the comments he made during the rally.

“Kim, the family and Kanye’s friends are worried about him,” the insider said. “Kanye isn’t in a good place and isn’t listening to anyone trying to talk to him into getting help. Kim is upset with Kanye for his rants yesterday, especially talking about the possibility of having an abortion and not giving birth to North.”

Kim finds it “heartbreaking” that North will see some of Kanye’s rants someday. Kanye’s presidential run could cause more “damage” to him and their family. While Kim publicly supported his campaign, another insider told ET that she and her family are concerned about him.

KUWTK star is “furious” at her husband

Another insider has come forward about Kim’s true feelings about Kanye’s rally. Kim Kardashian wishes that Kanye West would keep their personal life out of his presidential campaign. An insider told People that Kim is “furious” with the rapper after he shared the personal details of their marriage.

“Kim is shocked that Kanye spoke about North at the rally,” an insider told the outlet. “She is furious that he shared something so private.”

The anonymous source added that Kim’s main concern is their four children – North, 7, Saint, 4, Chicago, 2, and Psalm, 1. Kim loves “being a mom” and “wants to protect them.” Another insider told People that the couple’s marriage suffered due to Kanye’s behavior.

“Things have broken down significantly between the two of them, and it’s happened pretty suddenly,” the insider added.

On July 4th, Kanye announced his plans to run for president. At the time, many people didn’t take him seriously, including his own fans. Even celebrities took to various forms of social media to joke about their presidential run. But many within Kanye’s circle are concerned about his mental health.

Shortly after his announcement, Kanye sat down for an interview with Forbes. The magazine said it took over “four rambling hours,” in which the rapper insisted that he’s “not crazy.”