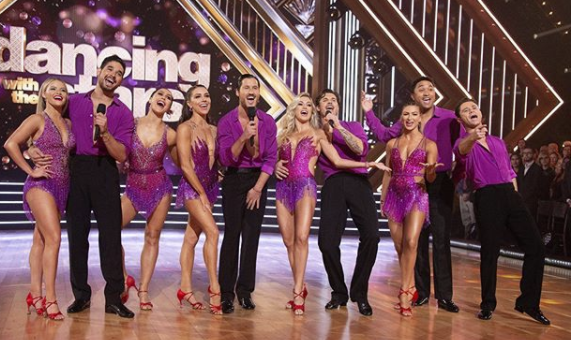 Dancing With The Stars announced its pro cast already. But what about the celebrity contestants? Fans are still waiting to see who will compete on Season 29, and the season premiere is just a few short weeks away. It really seems like fans should know more by now. According to Pop Culture, DWTS is having a tough time finding celebrity talent to join the cast.

There could be a few different reasons for this. For one, the globe is still fighting Coronavirus. It’s not exactly a great time to dive into a dance competition. However, some sources say it’s because of the new hostess.

A post shared by Dancing With The Stars #DWTS (@dancingabc)

Back in July, Dancing With The Stars officially cast Tyra Banks as the show’s new host. Show executives hoped she would be able to attract talented celebrities and they would flock to join the cast. But that’s not quite what happened.

“Part of the reason Tyra was hired was because it was assumed that she would be able to bring in big named stars to the competition. The show has always struggled to get top celebrities into the ballroom, with Kim Kardashian possibly being the biggest name ever to dance. Tyra implied she could call all her famous friends and get them to join the show, but so far it is not happening,” sources apparently said on the Naughty But Nice podcast.

Nevertheless, Tyra seems sure this season will be a hit.

“It is gonna be so next level. I am having meetings with the producer that I walked in to join, Andrew Llinares, and… he’s like, ‘Tyra, you just don’t know. It’s gonna be next level. We’re doing all this crazy stuff, taking to the next level, but still keeping the stuff that we know America loves. But you need to get ready, ’cause it’s gonna be different,” she told Good Morning America.

But could this be bravado talking?

The Bachelorette‘s Kaitlyn Bristowe is the only confirmed celebrity cast member so far. That’s certainly a little suspicious.

Fans vocalized their displeasure over the hosting shakeup and many expressed they will not watch the show without Tom Bergeron. DWTS executives may already be regretting their casting choice.

Dancing With The Stars Season 29 airs September 14. However, if execs can’t find anyone to join the cast, they may have to postpone.

What do you think about all the changes happening this season? Will you tune in to Dancing With The Stars, or sit this round out? Let us know how you feel in the comments. Don’t forget to follow us on social media for all the latest and greatest updates in entertainment news.