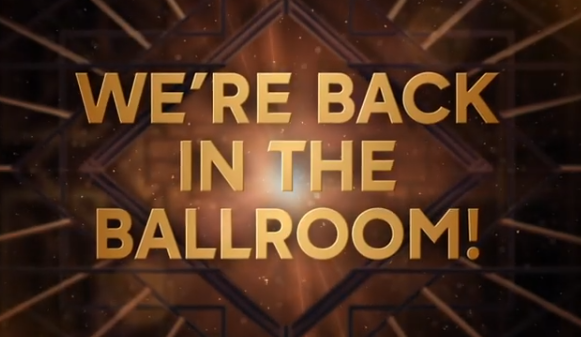 We already know Dancing With The Stars will be quite different this season. For starters, Tom Bergeron and Erin Andrews won’t be part of Season 29. Show executives replaced the pair with Tyra Banks over the summer. However, that’s not the only change viewers can expect.

Inquisitr reports that the new hostess has some clues to share.

Tyra Plans to Bring Style to Dancing With The Stars

“We’re going to try to keep the audience guessing ‘What [is she] going to wear now?’… not just this week, but what does she wear in the next 30 minutes — you know, bring a Met Ball slant to it,” said Tyra Banks.

If you wanted more costume changes, it sounds like you will get your wish! In case you didn’t know, the Met Ball is famous for featuring celebrities wearing elaborate outfits made by elite fashion designers. Tyra Banks has some serious connections to the fashion industry, so it’s possible she used her connections to bring some flair to DWTS this season.

“We’ve been working very closely to bring even more relevance to the show — and to add technology and things that are connected to pop culture and elements of fashion,” Tyra added.

The official DWTS Instagram page recently released a new teaser to show off this year’s pro cast. Check the new promo out here:

#DWTS is BACK in the ballroom September 14! Check out which of your favorite pros are joining us!

Safety will also be a top priority on Dancing With The Stars this year. The show’s executives even asked married couples to live apart while filming. Three married couples are part of the Season 29 pro team. They are Val Chmerkovskiy and Jenna Johnson, Emma Slater and Sasha Farber, and Pasha Pashkov and Daniella Karagach. If one dancer gets sick, they won’t spread it to their spouse this way. It’s a smart move to keep the couples apart, but it will be very strange.

“It’s going to be so different because we can’t actually interact and even prep with each other, which is something completely different, but we’re doing everything we can to keep safe. There’s going to be a lot of FaceTiming,” Emma Slater told Good Morning America.

Even though the Season 29 cast list is out, Good Morning America recently teased another pro will join the roster. All signs point to Artem Chigvintsev, but there could always be a last-minute surprise. Stay tuned to see who it will be.

Dancing With The Stars returns to the stage on September 14. Don’t forget to tune in! If you’re excited about the new season, be sure to leave your thoughts in the comments.