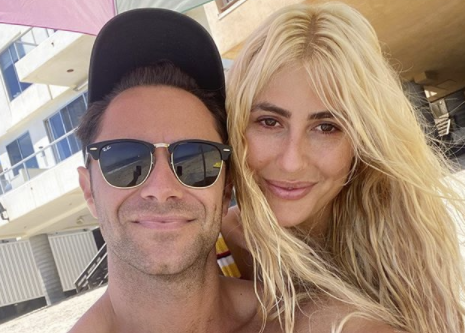 Dancing With The Stars recently announced which pros will return for Season 29 next month. Show executives are taking every safety precaution possible, which includes keeping the cast separate when they aren’t on the dance floor. This rule applies to married couples within the cast too. And there are more than you would expect!

The upcoming DWTS season features three married couples: Valentin Chmerkovskiy and Jenna Johnson, Emma Slater and Sasha Farber, and Pasha Pashkov and Daniella Karagach. They will each have to live separately during the competition. The idea is that if one of them gets sick, they can’t spread their germs and infect other cast members. It’s a good plan, given how quickly Coronavirus is thought to spread. However, everyone can’t help but wonder if this will make the pros a little sad.

“It’s going to be bliss — I mean it’s going to be terrible,” Emma Slater joked to Good Morning America about being separated from Sasha. “It’s going to be so different because we can’t actually interact and even prep with each other, which is something completely different, but we’re doing everything we can to keep safe. There’s going to be a lot of FaceTiming.”

Emma went on to say that Sasha will stay in their home and she will look for somewhere else to stay.

Dancing With The Stars Wouldn’t Be the Same Without Emma

Fans are thrilled to have Emma back as a DWTS pro. Everyone was a little worried she wouldn’t return after she made a special announcement to fans on her Instagram page.

Emma has a life-long dream of becoming a real estate agent and finally made her dreams come true. She recently obtained her California real estate license and is so excited to embark on this new career path.

“Now I can Cha Cha Cha round my open houses while I show you how big the closet space is!” she joked with fans.

I got my real estate license today!!!! I really can’t believe it!!! Not too many people know this but I’ve been studying for quite a while, and I’ve had a passion for real estate all my life. I plan to use it for personal investments as well as help others with their real estate needs too. Now I can Cha Cha Cha round my open houses while I show you how big the closet space is! Hahahaha! Yay! 💕🏡✉️

Who Else is Joining Season 29?

Peta’s husband, Maksim Chmerkovskiy, has been a pro in the past but announced his official retirement in 2018. It would have been really interesting to see four married couples compete in one season.

Mark your calendars — Dancing With The Stars will officially return for Season 29 on September 14. Are you excited for the new season? Be sure to let us know what you think. Which pro are you most excited to watch? When do you think the celebrity contestants will be announced? Stay tuned for more.

Be sure to follow TV Shows Ace on social media to stay informed. We’ll update you as soon as we know more about the new season.

Lauryn ‘Pumpkin’ Efird Gives Birth To Baby Boy: See Photos & Details
Ben & Jessa Seewald Reveal Baby’s Name, But What Does It Mean?
‘Days Of Our Lives’ EXCITING Comings & Goings: Johnny DiMera All Grown Up – Rex Brady Back
Carlin Bates Under Fire, Is She Abusing Her Dog?!
‘Naked and Afraid of Love’: New Dating Series Coming to discovery+ in August 2021