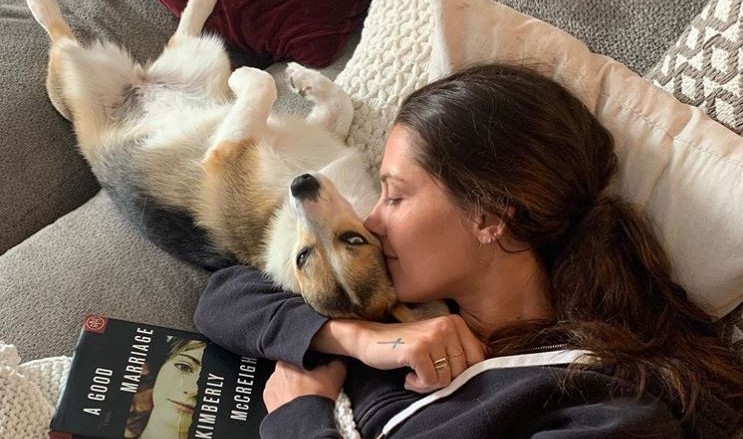 Speculation continues as to whether or not Bachelorette Becca Kufrin and Garrett Yrigoyen have split. They have spent weeks apart and now it looks as if Becca may have moved out. Neither Becca nor Garrett have confirmed anything about their relationship.

Becca appears to have moved

Garret and Becca had a place together in California. It seems neither of them have been there in ages. He has been spending time with his family and she was at her mother’s in Minnesota until recently. Now, it looks as though Becca and Minno have moved.

Becca posted a picture to Instagram along with a few Instagram stories that appear as if she’s made a change. The picture she shared has a Tucson, Arizona location tag. She is walking in a parking lot and it appears to be apartments in the background. She said, “Bright horizons (not the daycare).”

Another story on Instagram showed a moving box with packing peanuts spilling out on the floor. She said it was one of her worst nightmares. And, she also shared a photo of a living room that is completely different from the one she shared with Garrett.

Plus, another story she shared showed Minno laying on a big fluffy pillow or bed in a closet. She said it looks like Minno found her favorite place in the closet. All of these appear to be clues Becca is moved out and trying to move on.

Bright horizons (not the daycare)

Rumors of Garrett and Becca having issues have been ongoing since he voiced support for law enforcement. Rachel Lindsay was not happy with his comments and has since vocalized dislike for him. Becca and Rachel do a podcast together. She defended Garrett at first, but then changed her toon and apologized to Rachel. Becca has said she doesn’t align with Garrett’s beliefs.

At the time she indicated she didn’t know where their relationship stood. She said, “All I can say right now is I don’t know. I can’t give anything more than that. It’s something that we are trying to work through and discuss and do work on at home at this time, and that’s where the work will remain. And that’s really the best I can give you at this point.”

Do you think Becca and Garrett are done? Stay tuned for more details.