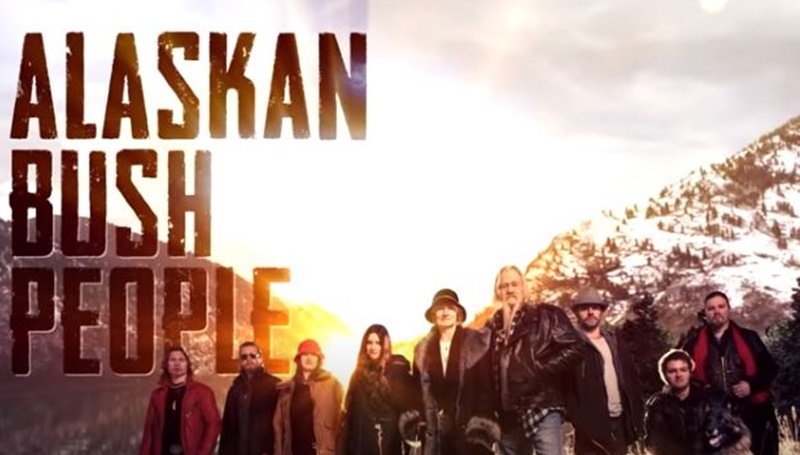 Alaskan Bush People fans who can’t wait for the new season of the Discovery show just have three days to go. Premiering on August 22, they expected to see Bear and his family completing for a home for Ami and Billie. Plus, his sister finished off her treehouse. But, Bear reported to his fans on Wednesday, that a wildfire burned their property. He described it as “devastating.”

The show probably premieres as planned. But, it could hold some very painful memories for the Brown family. The Washington fires near the Cascades grew so big that people in Canada could see it across the border. According to Bear on Instagram, they “suffered a devastating [loss] yesterday.” He explained that “a fire swept through our mountain, our home!”

From his description, it seems a lot of things went up in flames. The Alaskan Bush People star added, “The [loss] seems to be great! It’s still burning! I’ll keep everyone posted! God bless!” On his post, many people sent their prayers and hope the family stays safe. Many more of them hope the animals also stayed safe from the fire.

Concern for animals on the ranch

One fan assumed the animals all died in the fire. Recall, they have ostriches and some special breed cattle. Plus, Bear’s sister’s particularly close to the family cats. A local fan commented, “Production team is telling locals that they opened the gates, set everything free, then left the property.” Some people wondered why, if that happened, the Browns didn’t load up the animals and take them out.

However, another follower of Alaskan Bush People from a wilderness area noted, “we are taught from a very young age. [If] there’s a fire nearby and we have to evacuate, open the pens and let them run.” Sometimes those fires run very fast, especially when traveling uphill. And, King 5 reported that hot and dry weather heightens the risk of runaway wildfires this year.

The Brown family all safe it seems

Bear and locals who live in the area never mentioned anyone in the Brown family got injured or killed. That seems especially important, not only because nobody wishes death on anyone. But, Ami’s niece Amber Branson passed away from a fire in May this year, we reported.

Daily News reported that The Palmer Fire in Okanogan County, which shares a border with Canada to the north, has burned over 6,000 acres of land.” It “led to nearly 100 homes being evacuated.” Hopefully, Discovery or Bear puts out an update soon. An official confirmation that everyone okay seems a top priority for Alaskan Bush People fans.

If you live in the area, or ever experienced a wildfire in Washington,  feel free to comment below.

Julie Chrisley Teams Up With Former ‘RHONY’ Star For Big News
Demi Burnett Doesn’t Back Down On Reality Steve
What Might Derick Dillard Finishing Law School Mean For The Duggars?
‘Bering Sea Gold’ Is Back For Season 13: Airtimes, Who Is Back On Discovery Show?
‘Return To Amish’: Does Rosanna’s First Date Turn From Hot To Cold?