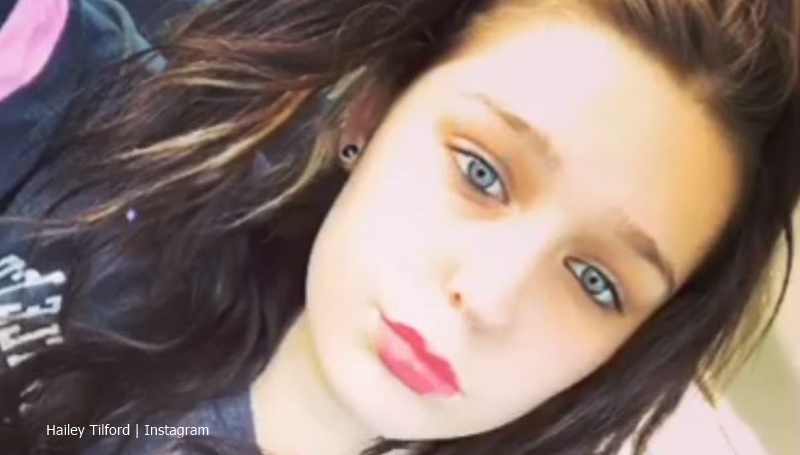 Unexpected fans look at Hailey Tilford and see a glowing mom these days. Since the birth of Levi, she looks in a really good place. Her boyfriend Cole seems a much nicer person than baby daddy Matthew. And, we reported that she recently claimed her life “only really begun with baby Levi’s birth.” But, it sounds like Hailey struggles with drinking too many sodas. Does she have a soda addiction?

Hailey recently said she plans on staying off social media for a while. But, on Tuesday night, she turned to Instagram stories. In one card, she wrote, “I need yalls help. I’m trying to stop/cut back on drinking sodas.” One follower slapped at her saying, “You just want attention girl!” Hailey responded by asking, “By asking how to cut back on sodas? Wow.”

Actually, it’s not likely that Hailey from Unexpected looks for attention. After all, soda dependency’s very real. While it’s not officially recognized, Healthline points out that stopping the drinks presents challenges. And, too many may cause health complications. In fact, the site takes it so seriously, they offer ways to try and stop that soda dependency.

These days, Hailey from Unexpected likes to watch her health. So, if she drinks too much soda, it’s a good thing. She wants to stop. The site defines soda addiction as, “drinking excessive amounts of soda and being unable to quit.” Health complications can include:

Plus, Unexpected fans know that Hailey suffers from depression. Stopping cold turkey can actually bring on a “depressed mood.” So, perhaps people should rather help her than put her down as seeking “attention” when she asks for help. 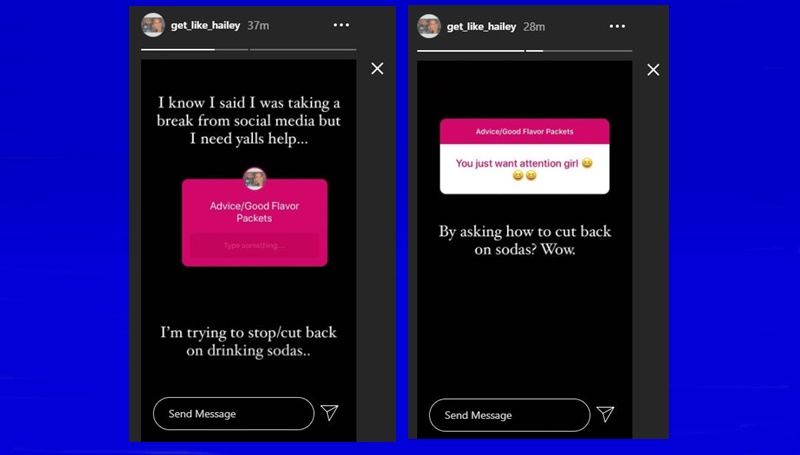 How to stop a soda addiction

If Hailey went online and asked for advice on stopping smoking or drinking, probably many fans would give her advice. But, it seems not a lot of people know about soda addiction. And, if you struggle to stop something then you certainly have some sort of dependency. Healthline noted, “Symptoms of soda dependency…include the inability to moderate your soda intake.”

But luckily for the Unexpected star, they offer some ideas to control those soda cravings. The addition or dependency starts because the contents of soda kickstart “dopamine,” the hormone that makes you feel “happy.” The site suggests that people don’t “reward” themselves with sodas. And, they recommend avoiding it when you feel bad. “Drinking water” helps a lot. And, “limiting sodas” to every other day helps gain some control.

What do you think about Hailey from Unexpected reaching out for help with what sounds like a soda addiction? Did you ever hear of it before? Sound off in the comments below.

See New Photos Of Lawson Bates Like You’ve Never Seen Him Before
Jenelle Evans Records Punishing Ensley For Instagram, Fans Are Outraged
Todd Chrisley Reaching Out To His Hurt Child, Which One?
Danielle Busby Brags She’s Not A Regular Mom, She’s A ‘Cool Mom’
Is This A Sign ‘Bringing Up Bates’ Will Be Canceled?