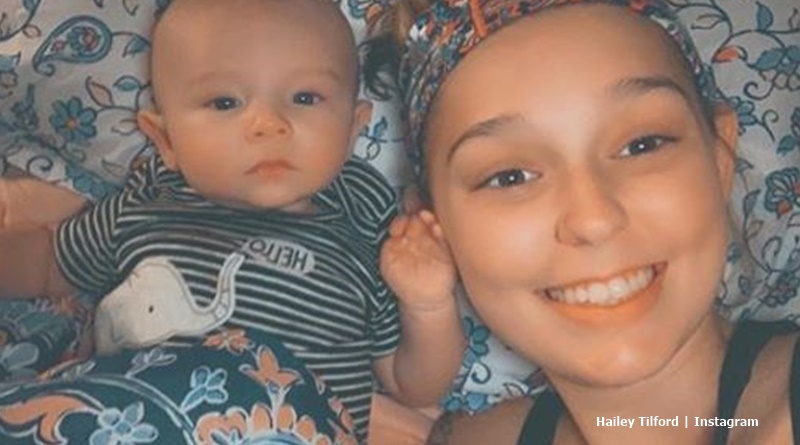 Unexpected fans know that Hailey Tilford and Matthew Blevins’ other girlfriend, Hailey Tomlinson both fell pregnant very young. Actually, all of the stars on the show seem way too young for parenthood. And, fans think they lost their minds for not using contraceptives. But, Hailey Tilford’s got no regrets and claims her life only really begun with baby Levi’s birth.

Unexpected – Hailey Tilford said people thought her life ended with Levi, but it only just began

Hailey and baby daddy Matthew split. And now, she raises her son with her boyfriend Cole. Hailey Tilford seems very happy with her son Levi. And, we reported that they even plan another child, possibly in a year’s time. She also revealed that even if she and Cole split, they agreed to co-parent Levi even though he’s not the biological dad. Fans love that Cole stepped up for Hailey when Matthew abandoned her and Levi. And, the relationship seems very loving and mature for such a young couple.

Techradar247 reported that Cole and Hailey Tilford took some time together and went on a trip to the zoo. They essentially spent time alone for the first time since the arrival of Levi. The Unexpected mom and Cole plan to move to their own place and it seemed like the perfect outing for the little family. It certainly sounds like neither of them holds any regrets over the fact that Levi arrived in Hailey’s life. And now, she said her best life is only beginning.

Cutest photo of Hailey and Levi

On Saturday, Hailey shared one of the cutest photos of her with her son Levi. Fans loved the picture. In the caption, she wrote, “People tried telling me when I got pregnant my life was over because I’m so young.” But, then she noted, “the truth is my life is just beginning with my biggest blessing by my side 💙 I love you Levi Carter 😊 .” One fan who totally agrees with that, commented, “I’ll never understand why people always say things like that. having my daughter was the best thing that’s ever happened to me regardless of being pregnant at 19 and having her at 20. some people just need to learn that saying things like that is rude.”

Another Unexpected fan told Hailey their own success story. They wrote, “Having a baby young isn’t the best thing to do but it’s by far not the worst. You keep doing you and [don’t] worry about the ones trying to bring you down! I was told my marriage wouldn’t last because I was 15 and my hubby was 18 but we’ve been married 40 yrs and it’s been a wild fun and most of all it’s been a blessing!!!!.”

People tried telling me when I got pregnant my life was over because I’m so young, the truth is my life is just beginning with my biggest blessing by my side 💙 I love you Levi Carter 😊 #boymom

What do you think about Hailey Tilford loving motherhood so much? Sound off in the comments below.