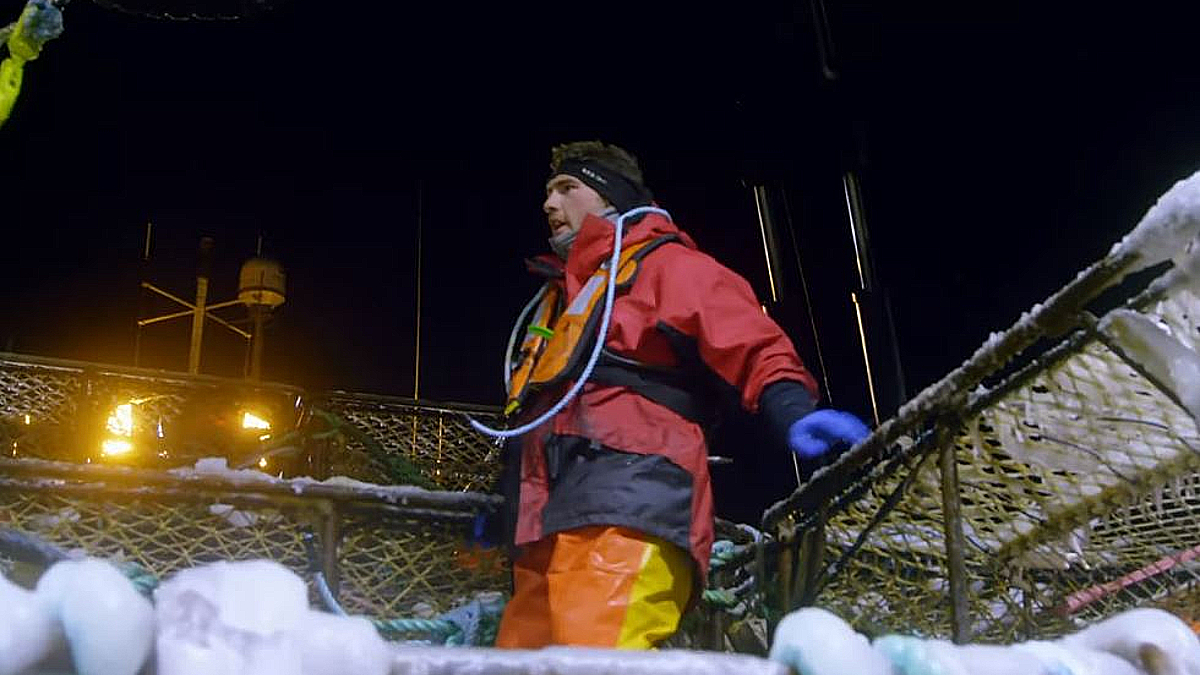 On tonight’s no miss Deadliest Catch, it’s a man overboard situation, one that no captain wants on his watch.

Deckhands Wade, James, Hunky and Mac are working overtime on the freezing cold Lady Alaska. Mostly gearing and baiting up the pots, and chipping off the ice that is building up on the metal cages that add dangerous weight to the ship.

Then at the end of TV Shows Ace exclusive preview, we see the Captain, Scott Campbell Jr., react when he realizes one crew member is gone.

The action on deck if fast and furious when this sudden calamity strikes in the unloading of a string of pots.

We find out that James, who was above the others on the deck, is MIA, and quick to act is Capt. Campbell Jr, aka Junior, who spots the missing deckhand immediately.

What happens tonight on Deadliest Catch

Narrator Mike Rowe sets up the action, and says: “With two-thirds of his season already in the rear-view mirror and only half his quota caught, Junior
desperately needs his all-or-nothing gamble to pull him out of his nosedive.”

Junior is in the cabin and says: “If I can’t make any money I’ll be back in retirement quick because we ain’t gonna be able to make a boat payment.”

Rowe adds: “Or risk losing the Lady Alaska and over three million dollars worth of equity.”

Back to the cabin with Campbell Jr. who continues: “So we’re gonna find out if I made a huge mistake or whether getting everything consolidated is going to pay off.”

The crew are working in tandem to get the pots de-iced, and baited as they lay down a string.

The seas are rough and the wind is whipping up big waves as they try to keep their balance. Not only the weather but the current is strong where Junior has selected to lay down a run of pots.  It also shows how quickly the ice can build up on the metal pots and this adds weight to the ship that can breach or worse, sink the ship slowly.

Campbell is a Pacific Northwest kid, and now has a home in Idaho.

He grew up in Kodiak, Alaska until he was about eight years-old and then his family moved to a farm in Milton-Freewater, Oregon.

In a 2011 interview with the EastOregonian, Campbell Jr. said: “I’m not cocky…there’s a difference between confidence and cockiness. There are a lot of better fishermen out there. We just work harder than they do. We catch crab quicker than anyone else.”

Tune in tonight to see how the rescue of James goes down, and how the Lady Alaska fares with this rough water while they finish the string of pots for their quota.